As developers, we are intrigued to see what our community can produce within the game by using our Leagues editor. We have put in a lot of time and effort into allowing players to modify leagues, teams, kits, and logotypes to their desires, also allowing them to create real players using our very detailed face engine.

Some of our players love to play around with the modifications, creating real or fantasy teams. And from time to time we will be showing you the best of these mods.

Today we want to show you the series of modifications created by our creative player Cates. You will love them if you prefer to play in one of the American leagues.

The US mod includes MLS, NASL, USL and some NPSL and PDL teams. It’s a standard for such a good mods to have all clubs’ logos and kits to be realistic:

What is really surprising in this mod is that Cates made the players’ faces as close to real as possible. Just look at Kljestan: 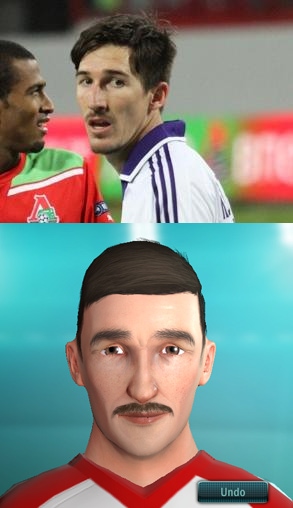 The Mexican league includes the real logos of the teams and the team names with accurate kits from all 68 teams. It includes Liga MX, Liga Premier de Ascenso, and Liga de Nuevos Talentos.

The CONCACAF league contains real kits and clubs from the top teams in Central America and the Caribbean. It replaces the default Canadian league because its primary goal is to allow managers of clubs in the United States and Mexican leagues to play against realistic regional opponents in Football Tactics’ continental cup competitions.

Head to campus to build your own soccer dynasty! Will you guide a perennial power like Indiana University back to the top of the college game? Or do you take control of a small college trying to cement its place among the greats?

This modification as said in the title involves “college” teams from the top teams from United States college soccer. Each team features its own real logo and kits. The top 40 teams are drawn from the pre-season rankings for the 2016-17 season. The rest are teams who have been received votes in the rankings throughout the first eight weeks of the season, while others are schools with traditionally strong soccer programs.

Because this mod replaces the Canadian league, your college squad could eventually qualify for American continental competitions and face off against the best club teams from the United States, Mexico, and Brazil!

How to play the mods?

1) Subscribe to the mods you want to play. To access the mods, go to the “Workshop” section in steam (https://steamcommunity.com/app/375530/workshop/). Or use the links in the names of the every mod described above. To subscribe the mod, press the button “Subscribe” on the mod’s page. If you don’t see this button, log in to your Steam account. 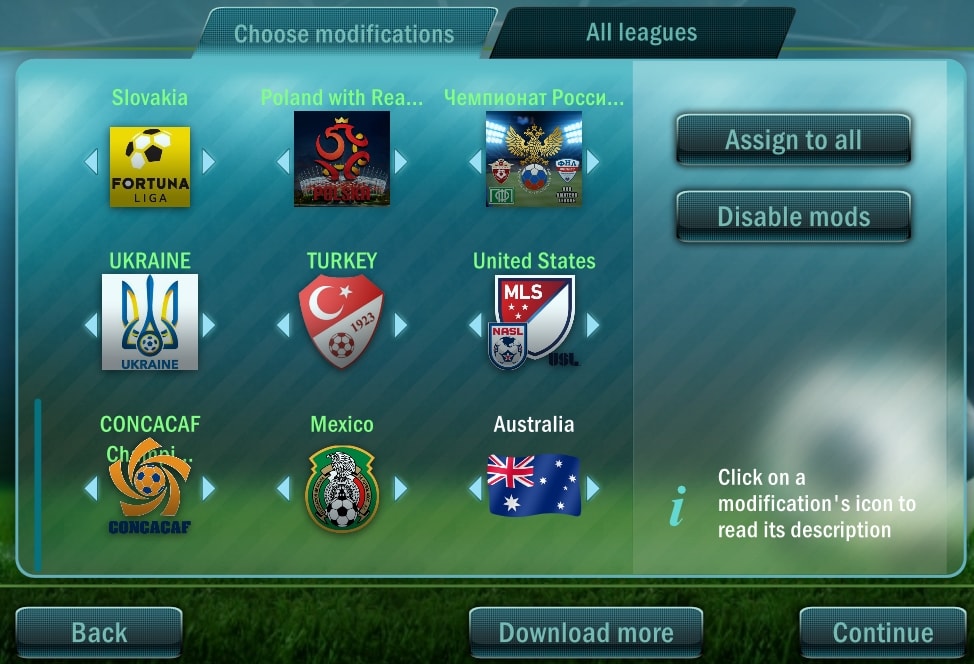 4) Continue choosing or creating the team. After that, all selected modifications will be included in your game.

As developers, we are happy to showcase any creative ideas made by you, it could be anything from current real players to something you’ve made up – we love surprises!

If you want your mods to be featured, be sure that they are not only interesting by itself but also have a good description, icon, and screenshots on the mod’s page.

Also, we want to add that when we see new interesting mods, we always try to understand how we can serve you better in making the experience you want. So new features to the League’s Editor are coming 😉