If you love to edit the game so it fits your tastes, if you love to create your own leagues, you will love this update. Because it adds great improvements to our Leagues editor.

To the huge amount of currently existing features we add the following new possibilities:

Also, we made the following less noticeable improvements:

CHANGING THE NUMBER OF THE LEAGUES AND TEAMS

Now, you can make any league much more similar to the real one.

For example, in English Premier League there are 20 teams but in Championship, there are 24 ones. You can easily recreate these leagues in the updated Leagues editor.

Moreover, if you want to keep only these two leagues in England, you can delete the bottom 3 leagues. 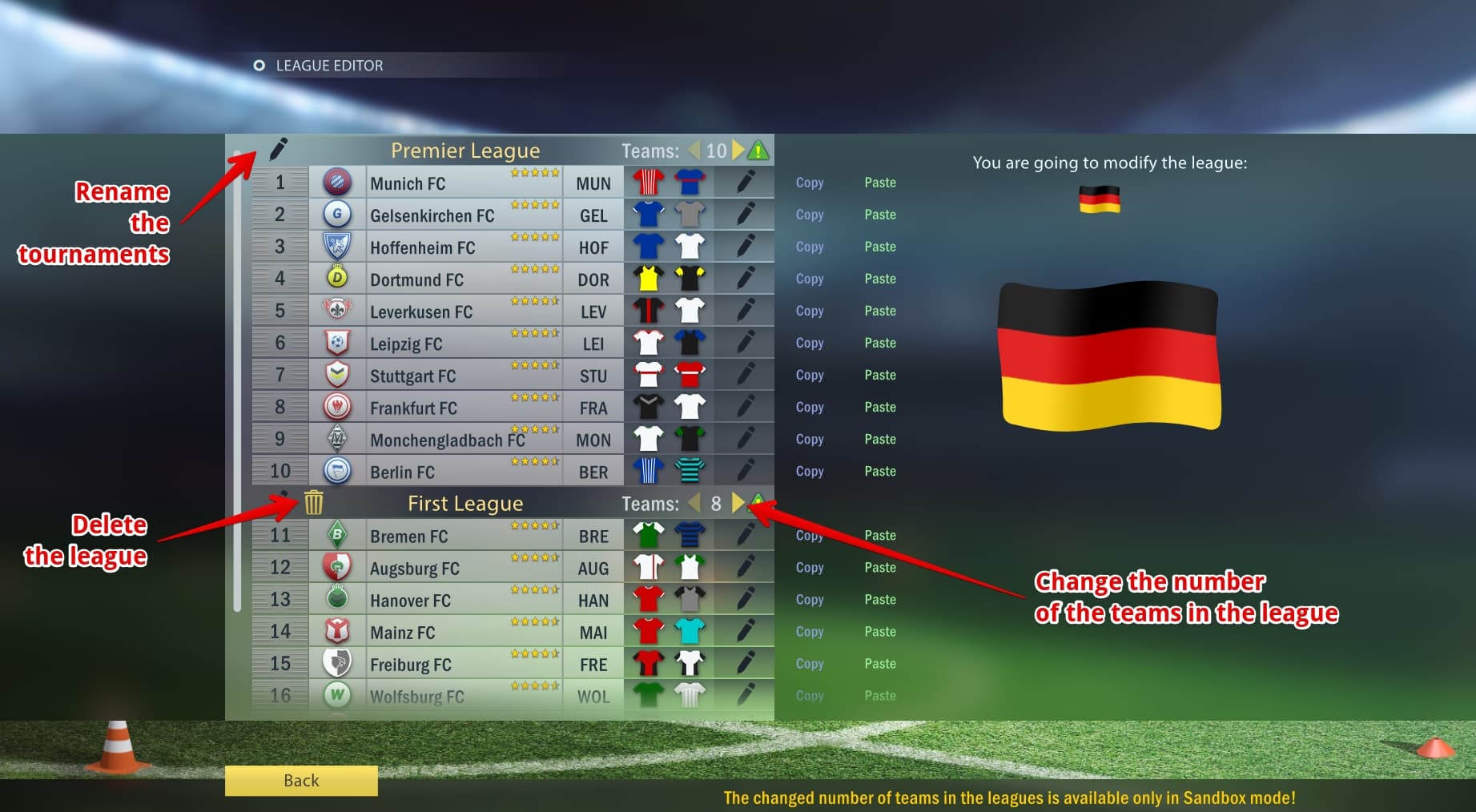 The trash icon (which allows you to delete a league) is shown only on the lowest league. It’s important because the connection between leagues should be kept. You can delete all the lowest leagues up to the Premier League. Also, you can add leagues until there are five ones.

In addition to realistic leagues, you can also experiment with other formats, creating your own fantasy leagues. For example, you can create a country with three leagues each of which consists of 10 teams.

Or, for example, there’s another way of using the new possibilities:

In this way, you can create your own unique world which is interesting to watch for. Once you finished creating the leagues, start a new campaign with these leagues and start playing. The world will live, the clubs will develop.

It’s something no other game provides.

Despite there are wide editing possibilities, there has always been one limitation which didn’t allow you to customize the game completely to your liking.

In my previous example, this limitation would not allow me to create the German leagues. Because, in Bavaria, there would be Brasilian faces, in Bremen – Mexican faces etc.

So, there appears our second big features of the new update – the possibility to customize faces for every country individually. 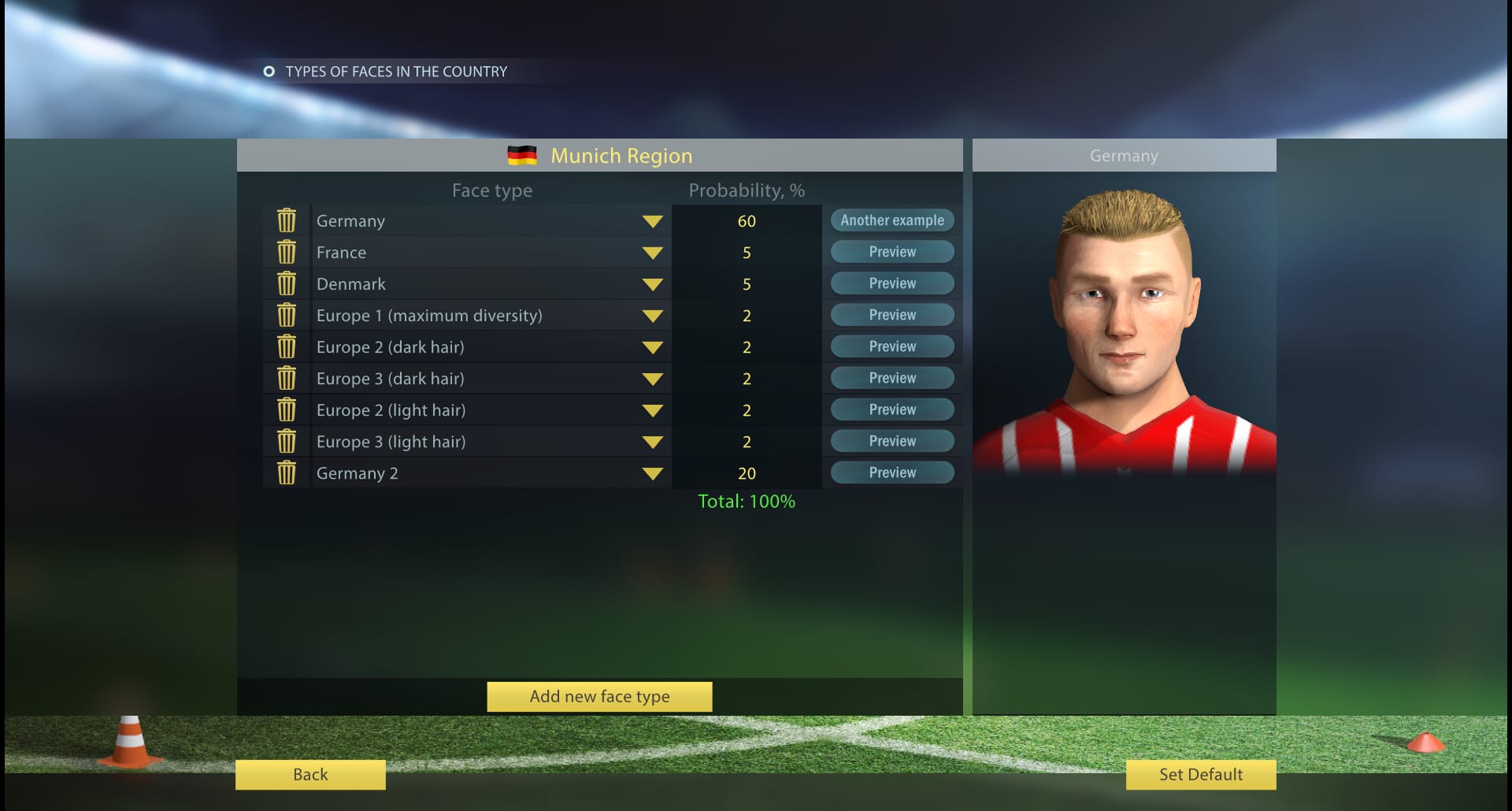 There are many presets already, therefore, you will have what to choose from.

However, let the names of the presets not limit you. For example, faces from the preset ‘Britain’ can be used in any other country, because the world is wide and diverse.

Usually, the best way to set the faces is to use many different presets. However, every preset should have its own probability.

Can’t wait to see what interesting leagues you can create with the new tools.

HOW TO START PLAYING BETA?

Click on Football, Tactics & Glory in your Steam library with the right mouse button. Select “Properties”. In the appeared window open the last tab and select “beta – winter update”.

HOW DOES IT DIFFER FROM THE DEFAULT VERSION?

The access to the Beta is opened for everyone who owns the game.

While default version is polished and without known bugs, the Beta has new features but there might be bugs, crashes, bad or absent translations, other issues. We try our best to keep Beta as polished as possible, but it’s Beta after all.

By the links, you can find the features which were added to the Beta: