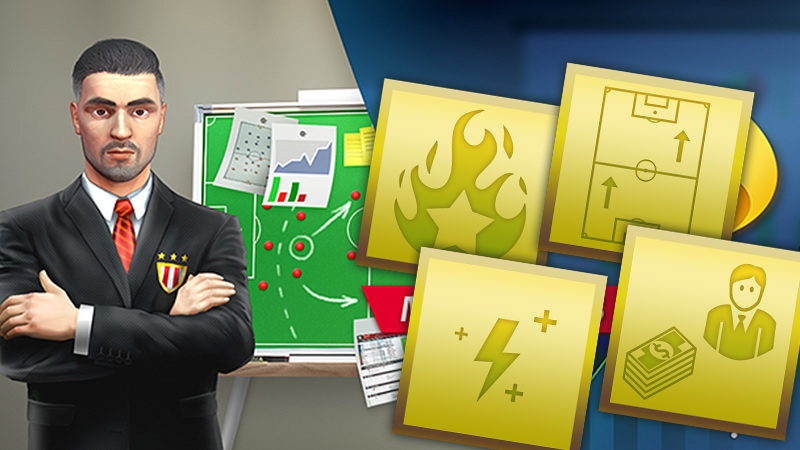 Why did we decide to change our plans

When we started developing the Manager’s Journey DLC, we thought that if we introduce the ability to move from club to club, then it would be quite logical to also combine this mechanic with the ability to become a coach of the national team.

But in the course of development, the more we tested new mechanics, the more we realized that if we go along the intended path, the potential of the mechanic of moving to other clubs will not unlock its potential.

Previously, the game was based on long-term planning. You could be losing, relegating to a lower league to gain strength, etc. Now you will need to complete short-term president’s goals. This is a very interesting feature, and while we are testing it, we have great pleasure in seeing how the game has changed. But fulfilling short-term goals requires adding additional mechanics to the game that we did not plan before. Without these mechanics, there is a feeling that something is missing.

For example, the management of a club that occupies a middle position in the league gives you the task to advance to the next league. You win some matches but it is hard to perform the task with the team you have. You don’t have time to put together a great team because great teams can’t be built in one season.

If there were additional opportunities, you could motivate the footballers before a difficult match so that they play a little beyond their capabilities. Or you could ask the president of the club for money to buy an expensive footballer. Or you could cheer on an injured footballer who is very important to the team. As a result, he would be able to return to the team more quickly.

And so, we stopped at a crossroads.

1) If we follow the intended path, the expansion will include moving the coach to other clubs and national teams. However, until the moment a player can become a coach of the national team, he will have many seasons to build his career, and he will lack the strategic opportunities to influence the success of his club. And when managing the national team, there will be even fewer opportunities, since there is no development of the club.

Additionally, the implementation of national teams will take longer as we will have to implement more changes to the game engine. So the expansion would come out 2-3 months later than planned (will be moved to 2022).

2) Or we will follow the path of replacing national teams with other mechanics that will make the experience of a coach’s life more interesting and the game even more replayable. The game would really feel like a coach’s journey.

This decision was difficult.

We understand that from the side of the players it seems that the national teams themselves will add the game more fun.

But seeing the game from the inside, playing the already made mechanics, we went the same way as we used to go before: if there is a choice between a) what will make the game more interesting and b) what sounds good on paper, but in practice does not make the game so interesting (as we accustomed by our standards), we choose the path of a more interesting game.

It was the same as the last time when we changed our plans during the development of the Football Stars expansion. We implemented the Giftedness mechanic then, even though we did not initially plan to do so. It resulted in an interesting expansion that adds a lot of depth to the game.

We really hope that our reputation of developers who put gameplay and fun at the forefront will lead you to believe that changing plans is for the better.

What will eventually be in the expansion?

As previously promised, you will be able to move from club to club. Each club now sets goals for you for one or more seasons. Successful completion of the task increases your reputation, as a result of which more and more prestigious clubs begin to take interest in you.

Instead of national teams, we will introduce coach levelling mechanics and a large number of new mechanics (coach abilities).

When you gain enough experience, you will level up. You will be able to choose from several random coaching abilities. But it will also be possible to get money or glory (sometimes, these resources might be very useful in the short term).

What do you think about the changes?

While we expect to receive negativity from players waiting for national teams, we still want to understand the overall mood of our players. Therefore, please write in the comments what you think about the changes.