The next update will be so big, that we decided to add to it the new achievements increasing their amount from 53 to 70.

Most of the new achievements will be given for using the new features which appear in the next update.

For example, there will be easy ones like for learning the specialization branches. By the way, we updated the design of the screen where you will develop the players: 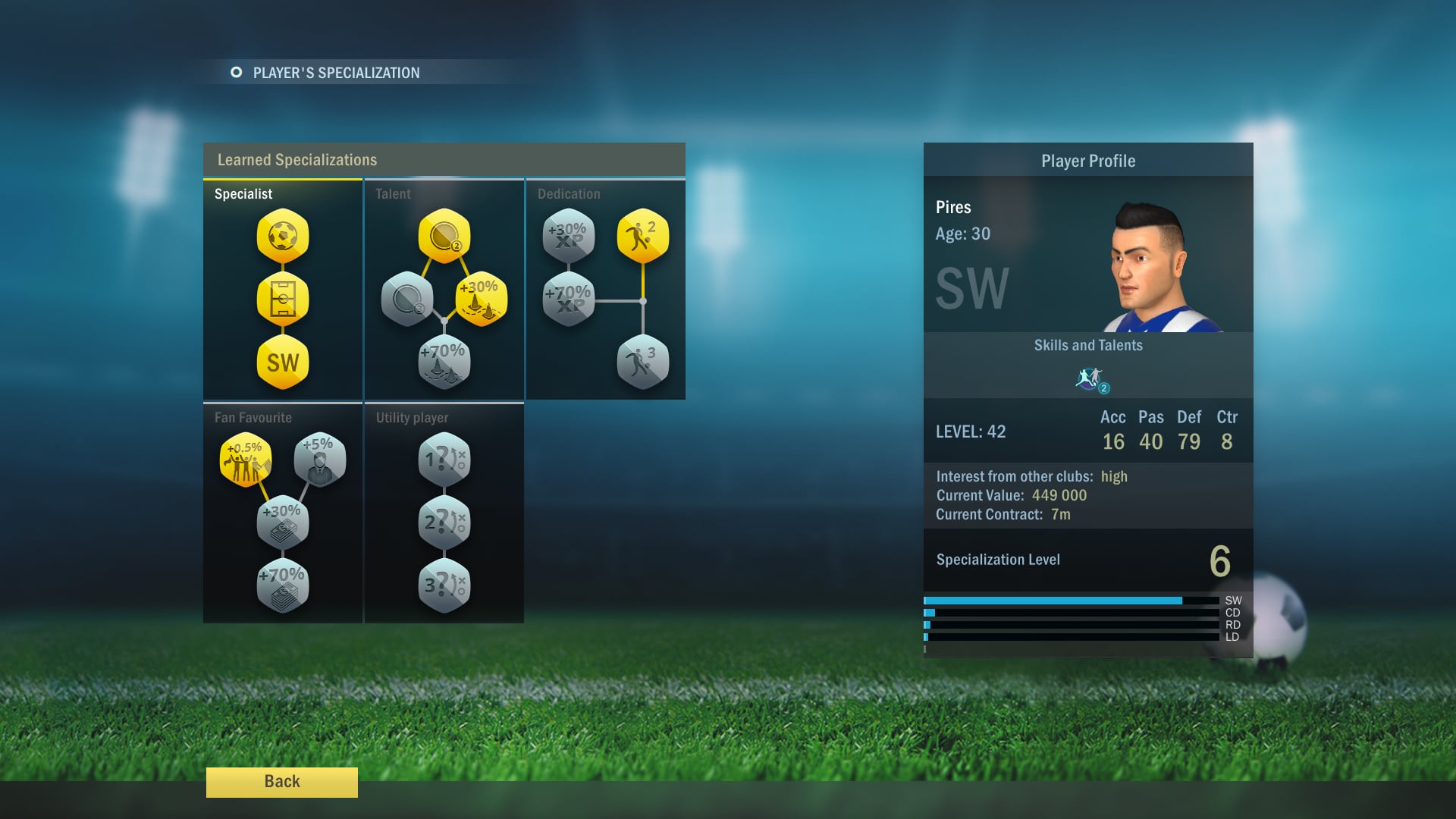 On this screen, the footballer or the whole club earn a one-time bonus for learning all the abilities form one branch.

The harder achievements will be given for using the new tactical elements like False Kick, Break in from the flank, a Header after the Cross etc.

Also, there will be the achievements which require a special approach to the team building. In one case, you will have to win a match with the team of universal players. In another case – you will have to use only players with the special classes.

I saw that some players upload screenshots where they won 3 trophies in one season: National Cup, Premier League, and European Cup. Like this one 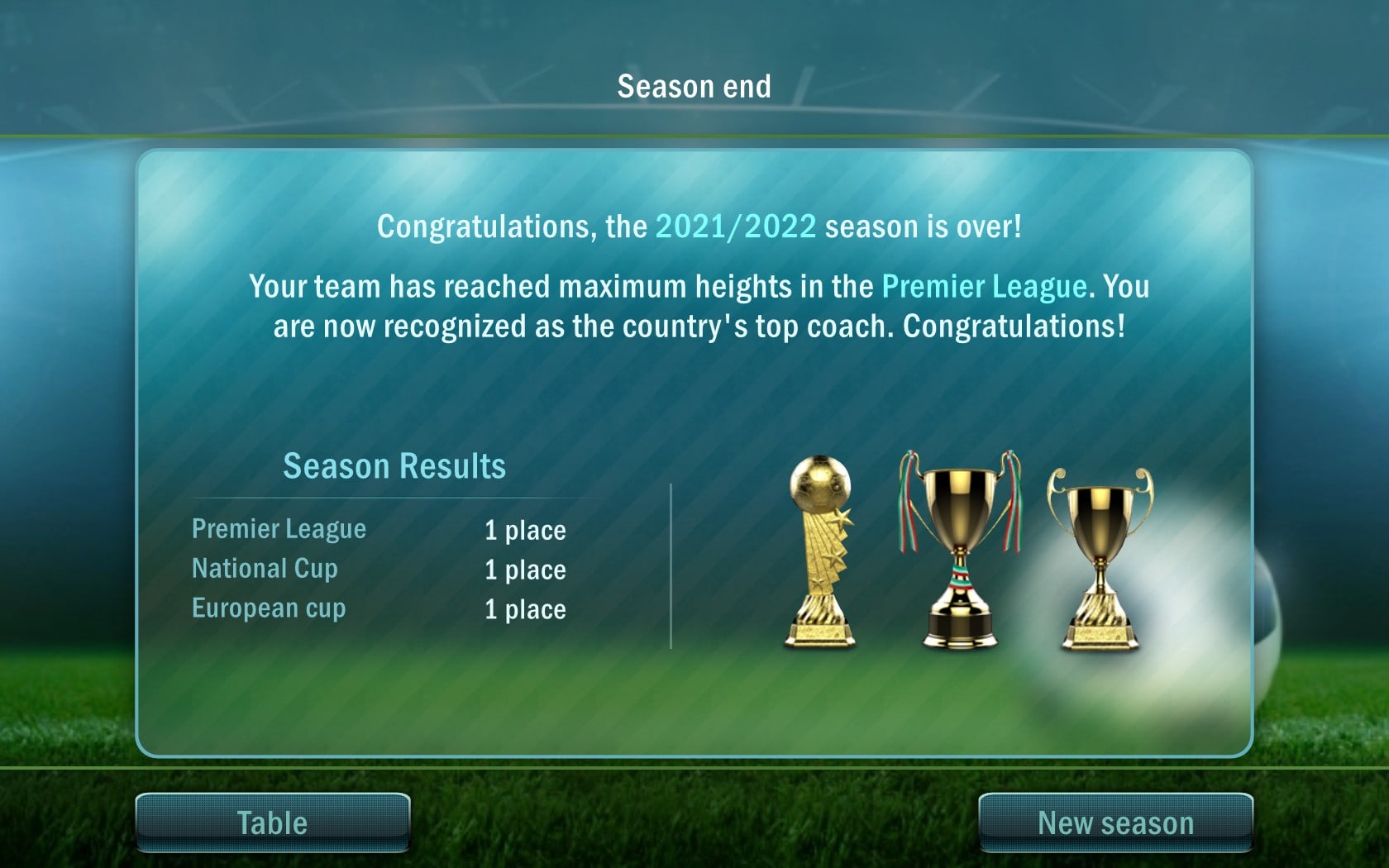 So, we decided to give the achievement for such a great season. And the same for Hard mode.

The achievements are already released on Steam for the testing in beta. 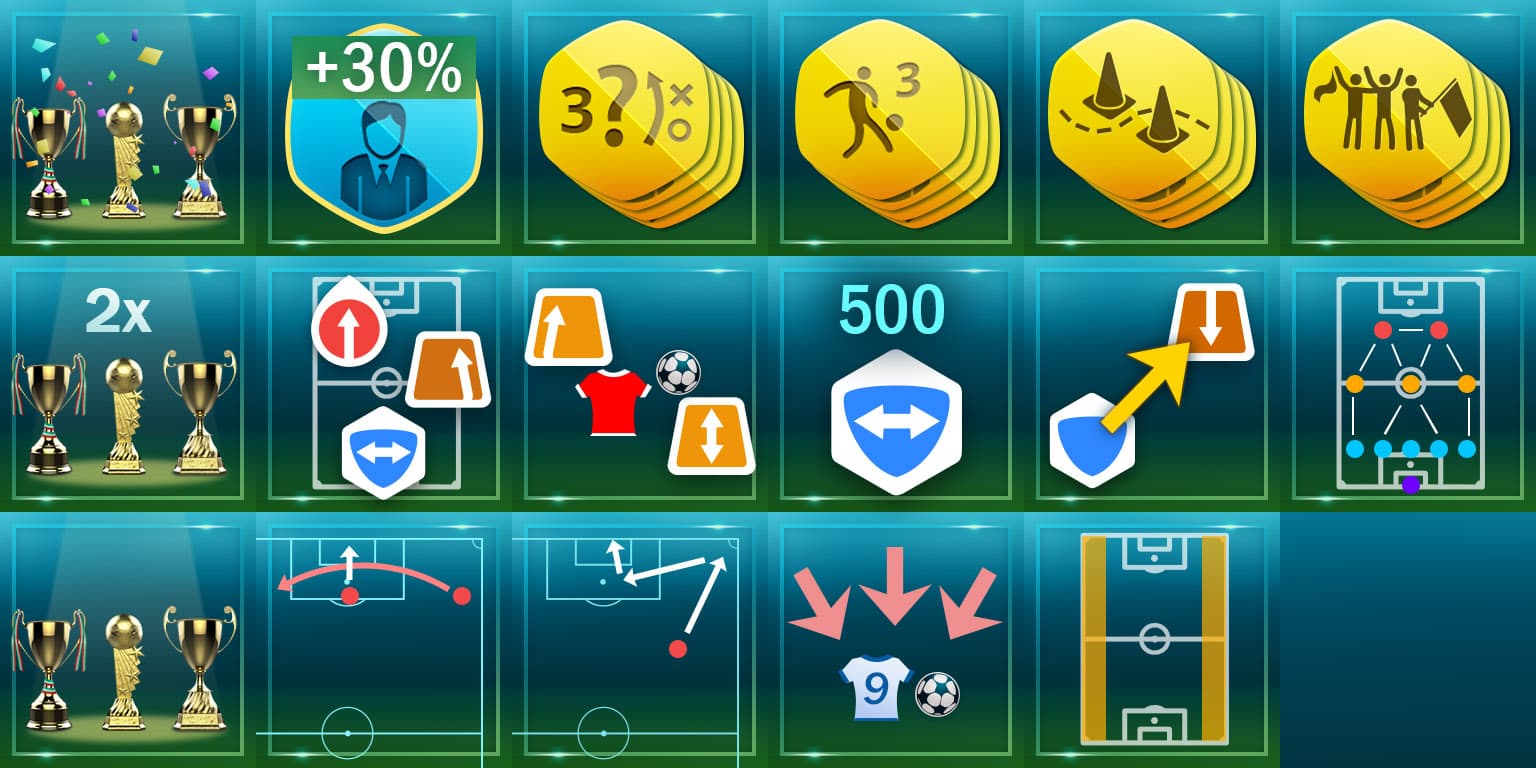 Btw, I have an easy question for the football lovers. How will be named the achievement the picture of which is placed in the lower row, fourth from the left? 😉