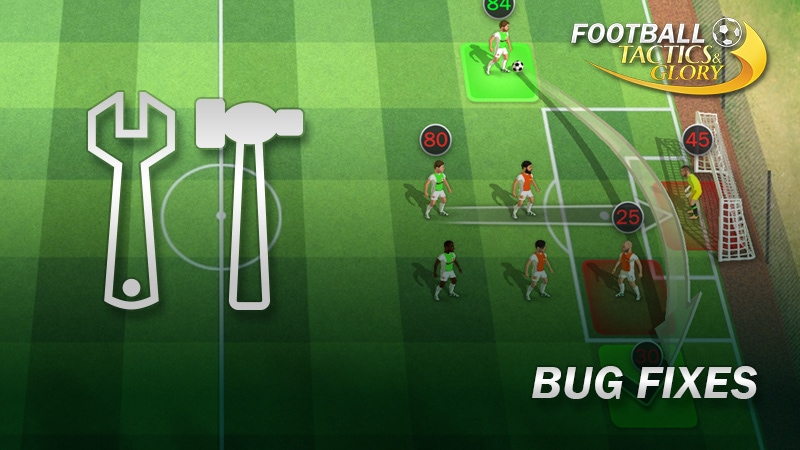 While we are working on the next big expansion, we have found some little bugs which we would like to fix for the main game:

After finishing the tutorial tests, some players experienced crashes if they tried to replay the tests. Fixed.

Just in case you didn’t know, a new big expansion is in development. There are all articles which tell about new possibilities in it.

Also, your reviews really help us to reach more players. So if you still didn’t write one, consider, please, to write and tell other players about Football, Tactics & Glory.