More details in the football kit

Football kit – is one of the elements which emphasizes the club’s uniqueness.

We understood it very well. That’s why our kit editor was interesting to play in from the first day in Early Access.

What we lacked though are details. After all, the kit consists not only of the color and pattern. It should have a club’s and sponsor’s logotypes, player’s number and name.

Earlier we couldn’t place all these elements in the kit because we didn’t have enough polygons. But in the update #9, which we will release at autumn, the football kits will be transformed.

Now we will show the club’s logo on the jersey and shorts. Moreover, the logotypes from the modifications will be shown as well. Therefore, recognition of the clubs will increase significantly.

On the jersey’s back and on the shorts we will show the player’s number. At the start of the campaign, the numbers will be given automatically. But you will be able to assign the numbers individually.

And the final touch – the players names on the back. It is unlikely that you will often see the names on the shirts, but in general – they will add credibility to the game. 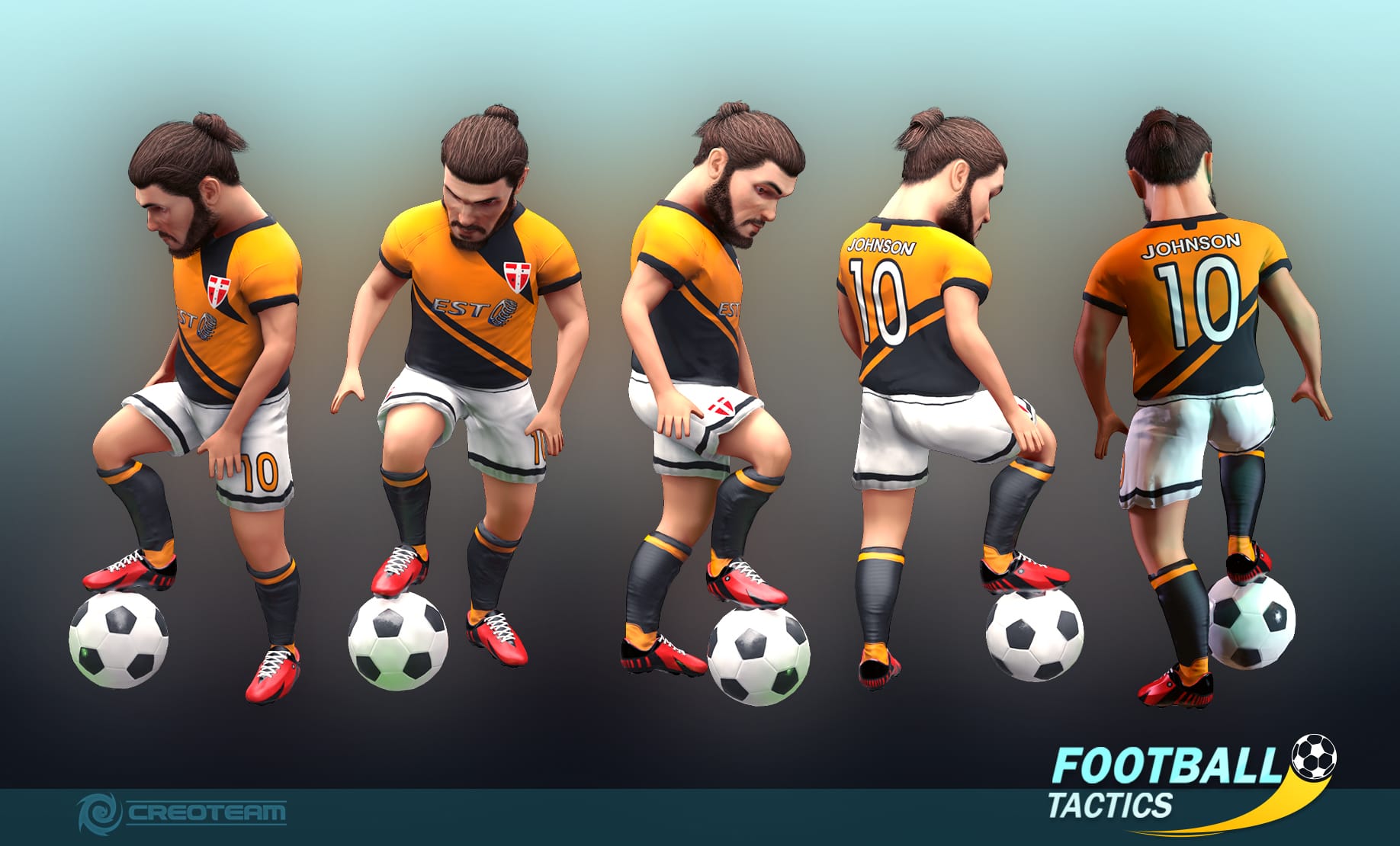 This fall, your footballers will be waiting for you with the larger number of polygons, new render, and with more realistic football kits. The Update #9 will become the first big step to the visual transformation of Football Tactics.