Developer:
Creoteam
Based in Kyiv, Ukraine

The turn-based strategy game set in the football world is becoming even deeper thanks to the new Giftedness mechanic, significantly improved transfers, and a huge number of fascinating statistics.

The expansion was named Football Stars to reflect one of the main new game mechanics: Giftedness. The higher a footballer’s Giftedness, the higher the level he can attain, and the more effectively he will use his skills in a match. This gives extra depth to management since you will need to find new strategic approaches to building your ideal team. In addition, this mechanic also affects the gameplay for tactical matches, since players will now have to be wary of the Giftedness of their and opponent’s footballers in various positions.

From among a wealth of other features, the developers highlighted the introduction of a huge number of statistics and updated transfers.

The game mechanics for transfers now offer greater freedom and variety both when buying and selling footballers. Players will be able to buy footballers abroad and purchase them directly, even if they aren’t on the transfer list (although you’ll end up paying more!). Other clubs will be able to ask the player to sell their best footballers for good money. In addition, there are now new methods of paying to the player for a footballer. For example, a club can offer more than the asking price but pay half now, and a half after six months.

These features have made the game world even more vivid and fascinating. Previously, players weren’t really able to feel it, since the history of the game world wasn’t stored. Now, however, the game saves a huge amount of data regarding every single tournament, team, and footballer. Players can view this data as interesting graphs, diagrams, historical tables, and analytical reports. Players who enjoy studying statistics are sure to love this feature.

As well as these three features, Creoteam has added a huge number of enhancements and refinements. These include a new specialization branch for footballers, new staff, new club infrastructure, improved AI for enemy teams, new celebration animations, a reworked card system, and much more.

Creoteam is a game studio based in Kyiv, Ukraine. We like to arouse emotions. Triumph, sorrow, joy, compassion, excitement, surprise, pride, hope. We believe, that feeling emotions makes our lives more interesting. More information about Creoteam, our logo & relevant media are available here.

You can download screenshots, art assets and logotypes in one zip-archive (~6 Mb). 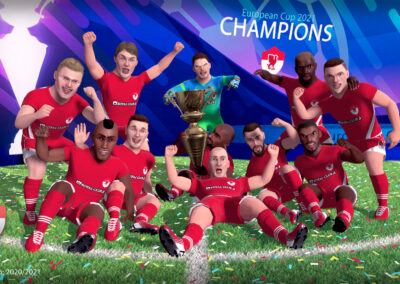 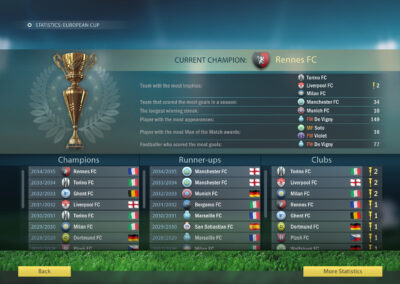 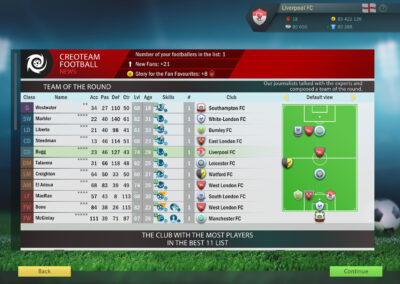 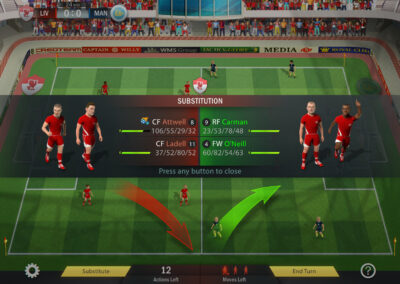 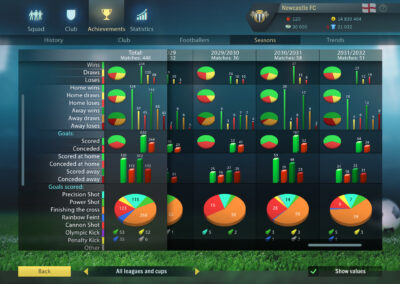 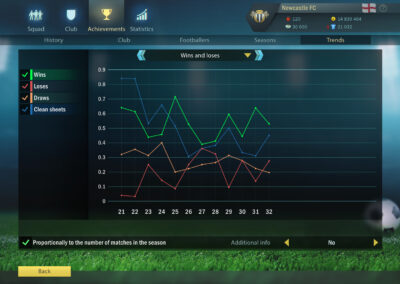 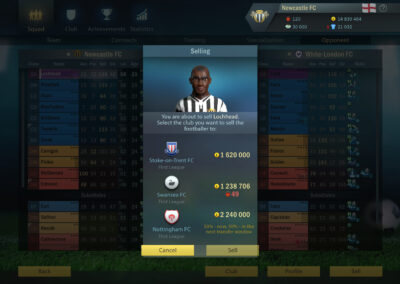 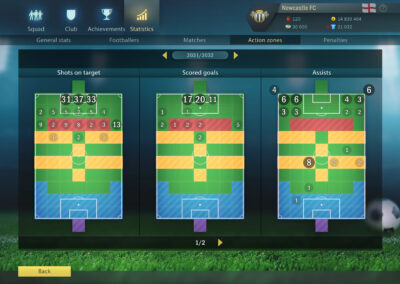 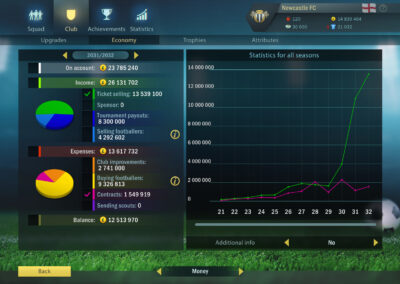 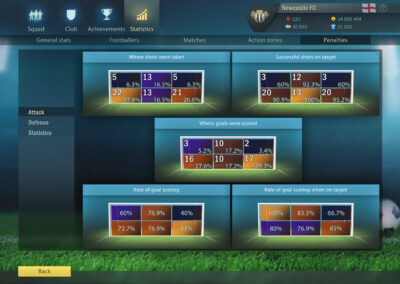 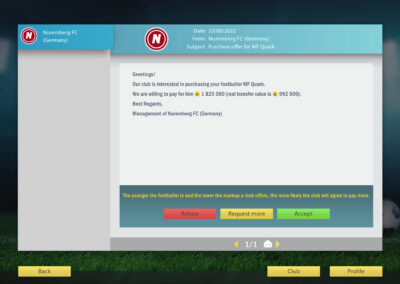 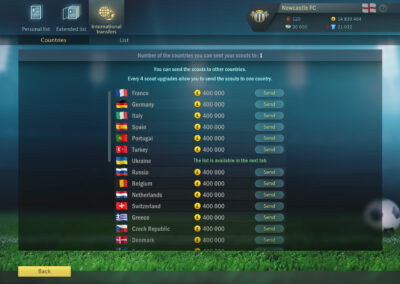 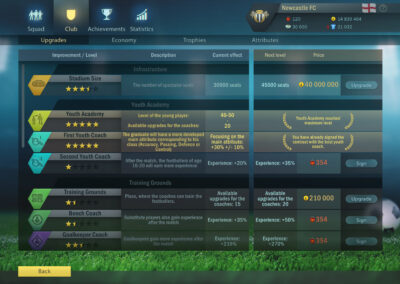 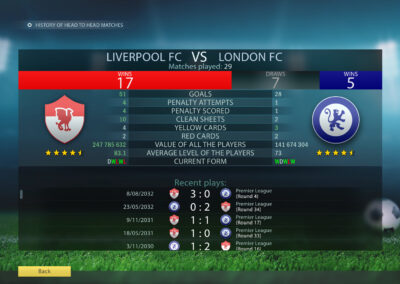 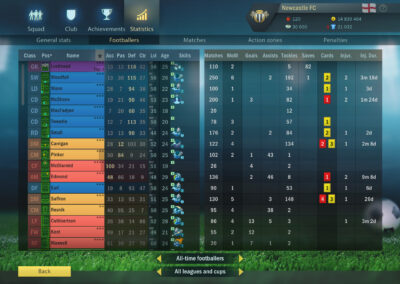 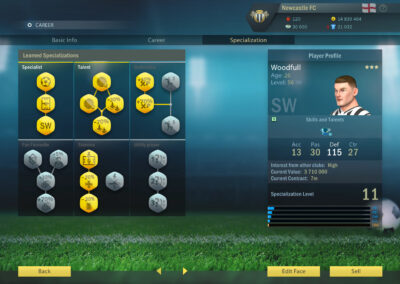 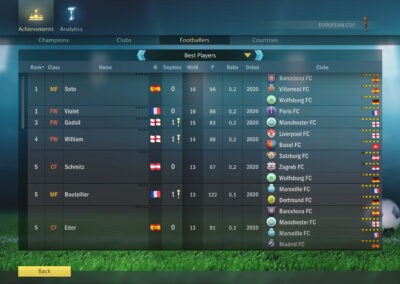 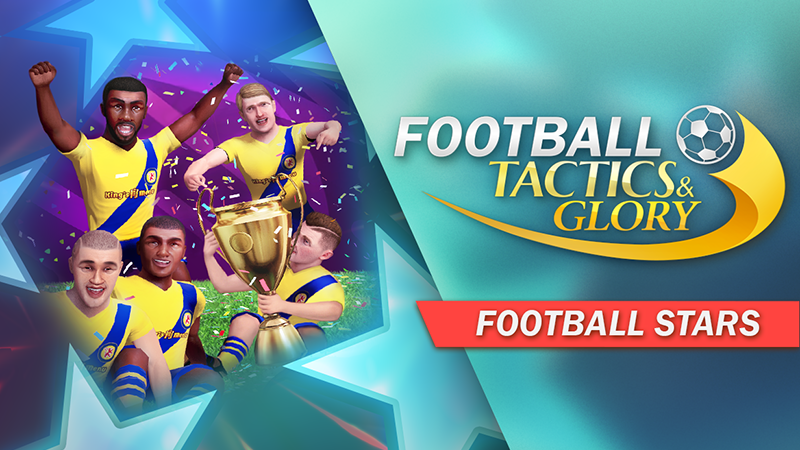 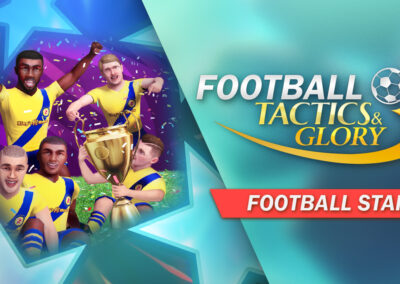 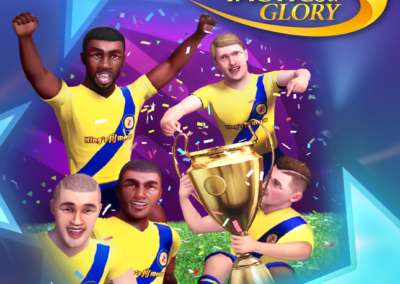 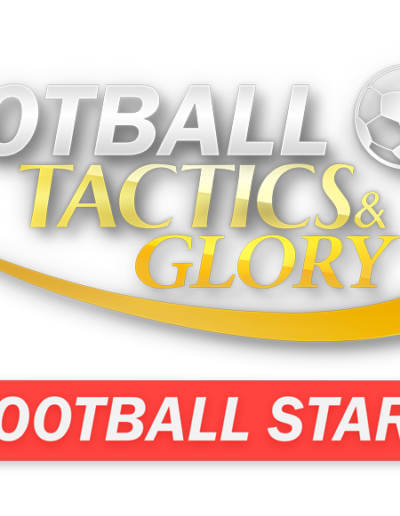 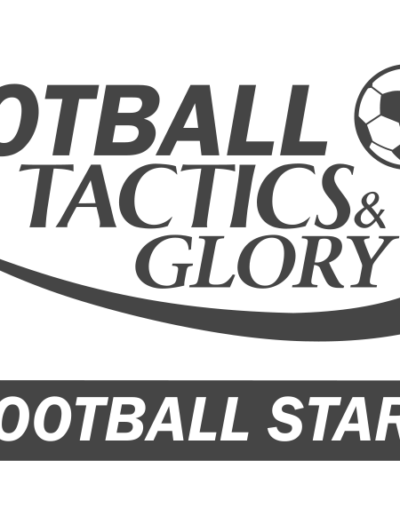