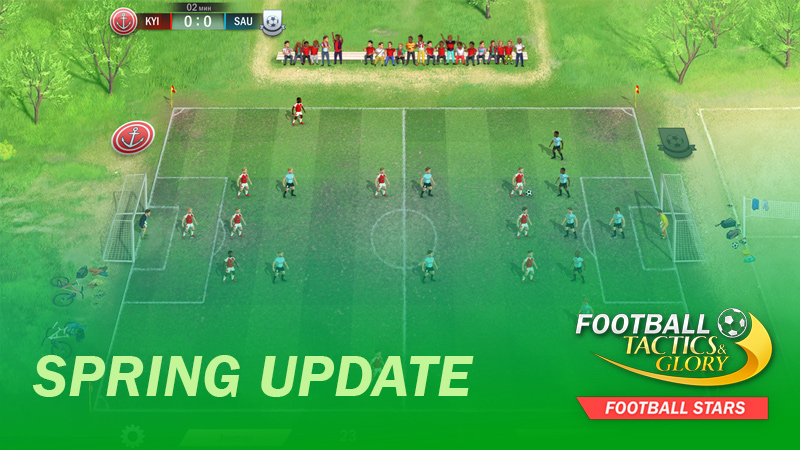 We have two good news!

First, we decided to make another big expansion for FTG. We have even already started working on it. There’s a lot of groundwork to change the inner game’s structure in order to support planned mechanics. So it won’t be made soon.

We will tell you more details in about 2 months.

Second: today we want to please you with a small update for Football Stars that polishes some rough edges in the game.

– – – – – –
By the way, in the next expansion, we plan to add new countries, including a new continent – Africa. You can help us a lot with this by adding data on those countries that you would like to see in the game. You will find more details by the link.