Soon, we are leaving the Early Access. The launch date – June 1st. By this date, we want to significantly improve our interfaces which didn’t change from the launching in Early Access. In the first place, we change the visual parts. But in some places, we also improve the usability.

We haven’t yet changed all interfaces. But the main changes are already in the game. Since we don’t see any bugs, we decided to release this version directly to Steam. So it’s available to everyone.

Preview of the changes: 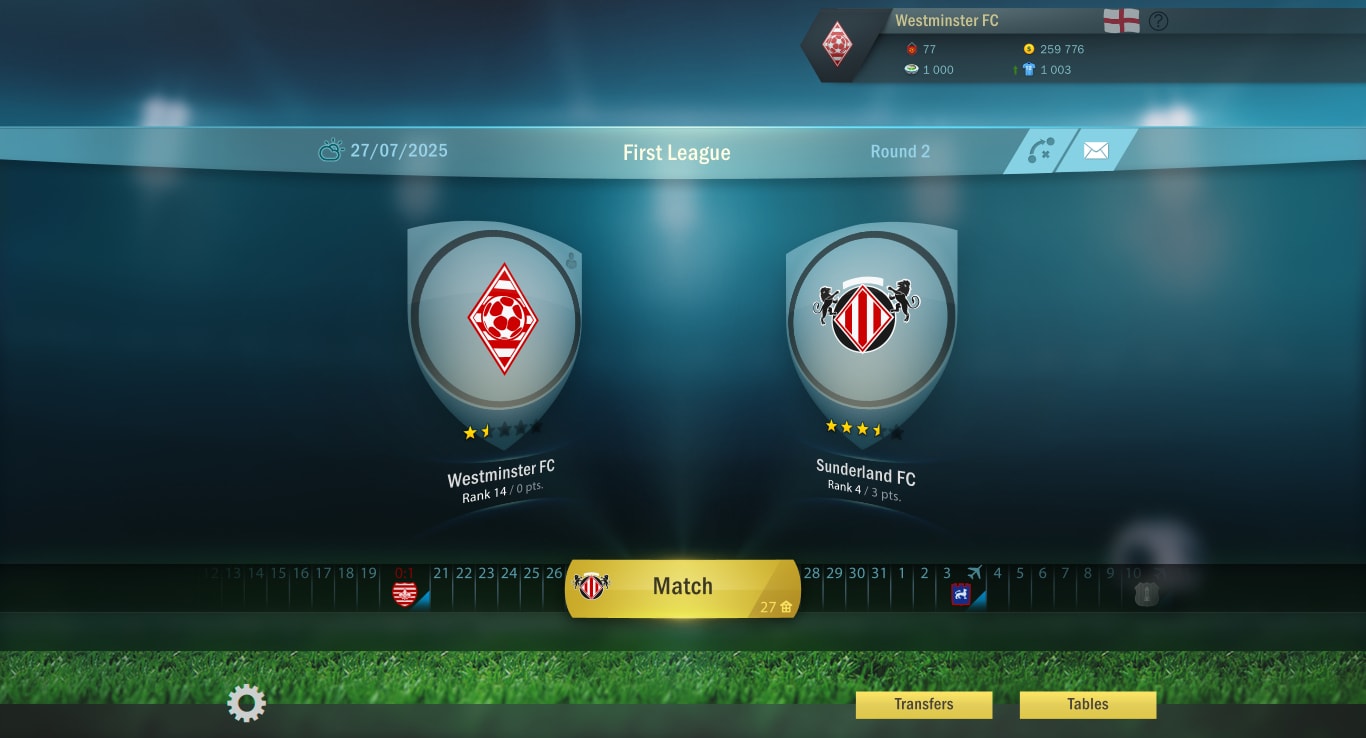 WHAT’S NEW IN THE UPDATE

While you will see the new screens yourself, I’ll describe only changes which improve the game mechanics or usability.

(Works only if the Tutorial option is on)

If you see that something is broken or works wrong, write, please in the Steam forum.

If you only recently started playing Football, Tactics & Glory, create, please, a new campaign with the enabled Tutorial option, and play the first season. Write on the forum, please, if the new tasks from the president were helpful for you.

If you liked very much any new feature, don’t hesitate to write as well 😉

The update does not significantly change the saved campaigns, so you can continue playing them as usual.

We significantly improved the speed of the loading the save information. If you want to load your campaign previews much faster load them, move the calendar or make some changes to the formation and quit to the main menu. The save files will be updates and start load the previews faster.

It’s the last big update in the 3-years Early Access history of our game. We will be adding new interface improvements and fixing the bugs. But don’t expect significant changes.

We really want to continue adding new features. Because we put our souls in Football, Tactics & Glory turning it from just fine to very deep. But we really depend on the launch success. If it’s successful, we will continue improving the game.

So if you know any youtubers/streamers/journalists – now is the best time to tell them about our game and ask to record/write a review.

Currently, we work hard to be able to make the best possible game version by the launch. So, unfortunately, I don’t have enough time to answer on the forums. But I didn’t disappear. I read everything. And when I found a free minute – trying to answer.

Thanks, everyone for the support! Have fun on the football battlefields 😉