Today, we have updated the Beta-version of the upcoming big update which will significantly improve our Leagues Editor.

The main addition to the Beta is the editor of the tournament names. Currently, it supports only three languages: English, Ukrainian, Russian.

You are allowed to change the names for all in-game tournaments: leagues, domestic and international cups.

It would be interesting to know if it’s easy for you to find the button which opens the screen of renaming tournaments. We believe it’s pretty obvious but we’d rather listen to your feedback.

You can edit the names in different languages. Therefore, if players play your modification in one of the supported languages, the tournament names will be understandable for them. Otherwise, they will see the default names. 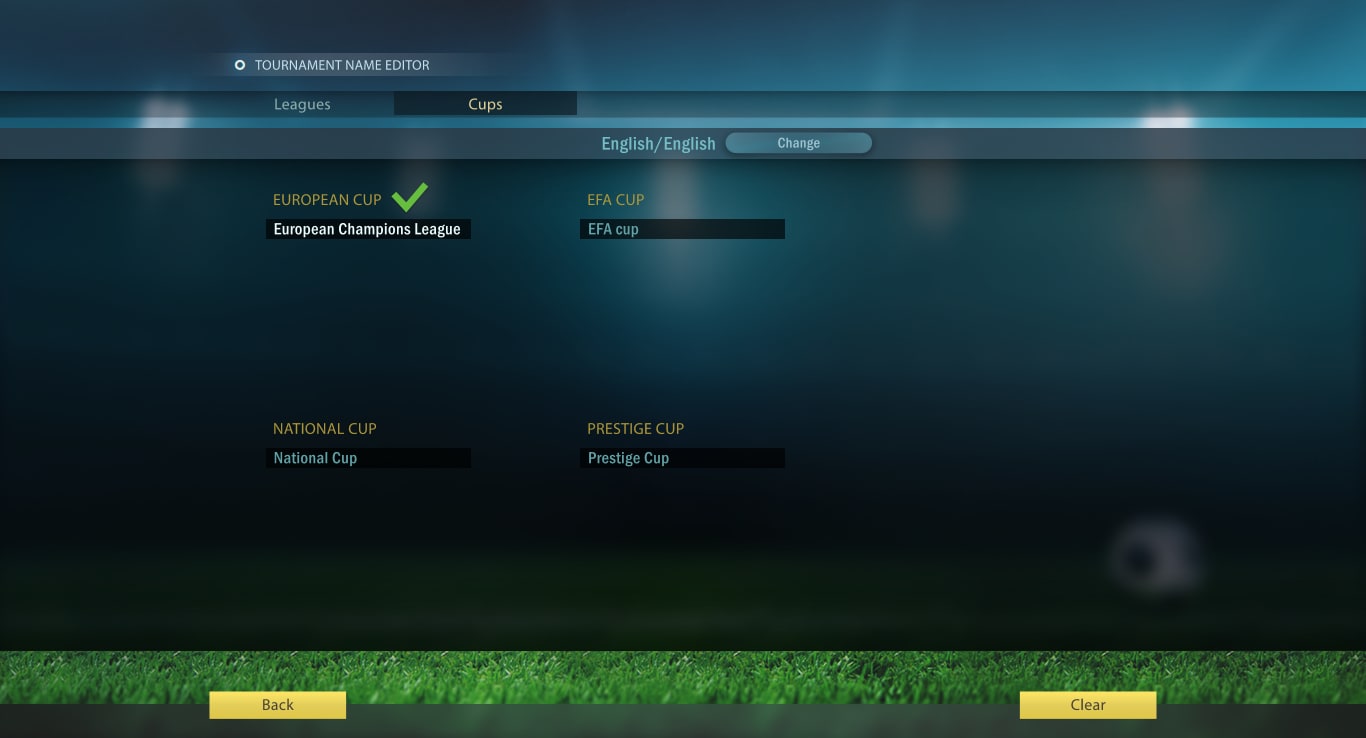 The main idea of this and other new features which we are currently working on is to give you the possibility to create realistic football leagues. We are sure that changing the names of the tournaments will increase the immersion.

Additionally, there are the following improvements:

Many of you wrote to us that Football, Tactics & Glory became your favourite game (or one of the favourite games). For us, It’s a big pleasure to know. Because it means that we created something valuable and unique.

We would be grateful if you vote for FTG in any category which you think the game fits in. I personally nominated it to the Game of the Year. Despite developing it for many years already, I still have a lot of fun playing it.

Btw, if you don’t want to miss the news about our game, subscribe to Creoteam’s page in Steam.

Write “+1” in the comments if you nominated us 😉