What to expect from the Autumn Update

The main improvements of the next update are related to the Leagues Editor.

We are going to improve the convenience of changing the footballers’ characteristics, improve graphics, add the possibility to change some new characteristics like birth date or short names of the teams.

There will be many small but neat improvements.

However, there will be a big improvement.

From time to time I find new interesting modifications. Here are a few examples:

Also, sometimes players say that they would like to add to the game some countries which are impossible to add because they do not exist. For example, Czechoslovakia or USSR.

The problem with the examples above is that the game world around your fictional league is real. So it’s harder for you to believe in it. Moreover, after a few years, the old footballers with fictional names will leave football, but new footballers will have generic names so your league will become generic.

To help you with these problems we decided to implement the following features:

1) You can change the flag icon of your country. If you do so, your country will be named after the name of the modification.
2) You will be able to upload the text file with the list of the names for your country.

These two features will give you a lot of new possibilities. 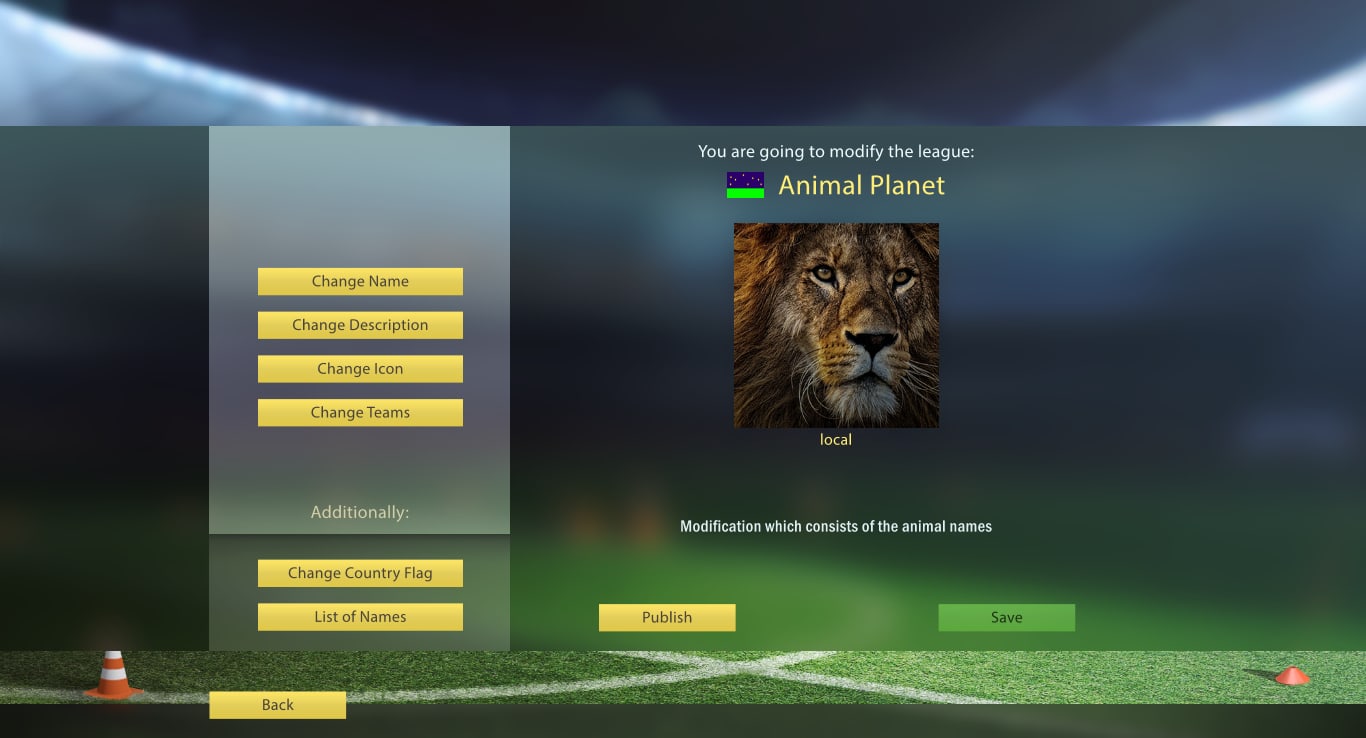 On the screenshot, you can see two new buttons in the Leagues Editor. 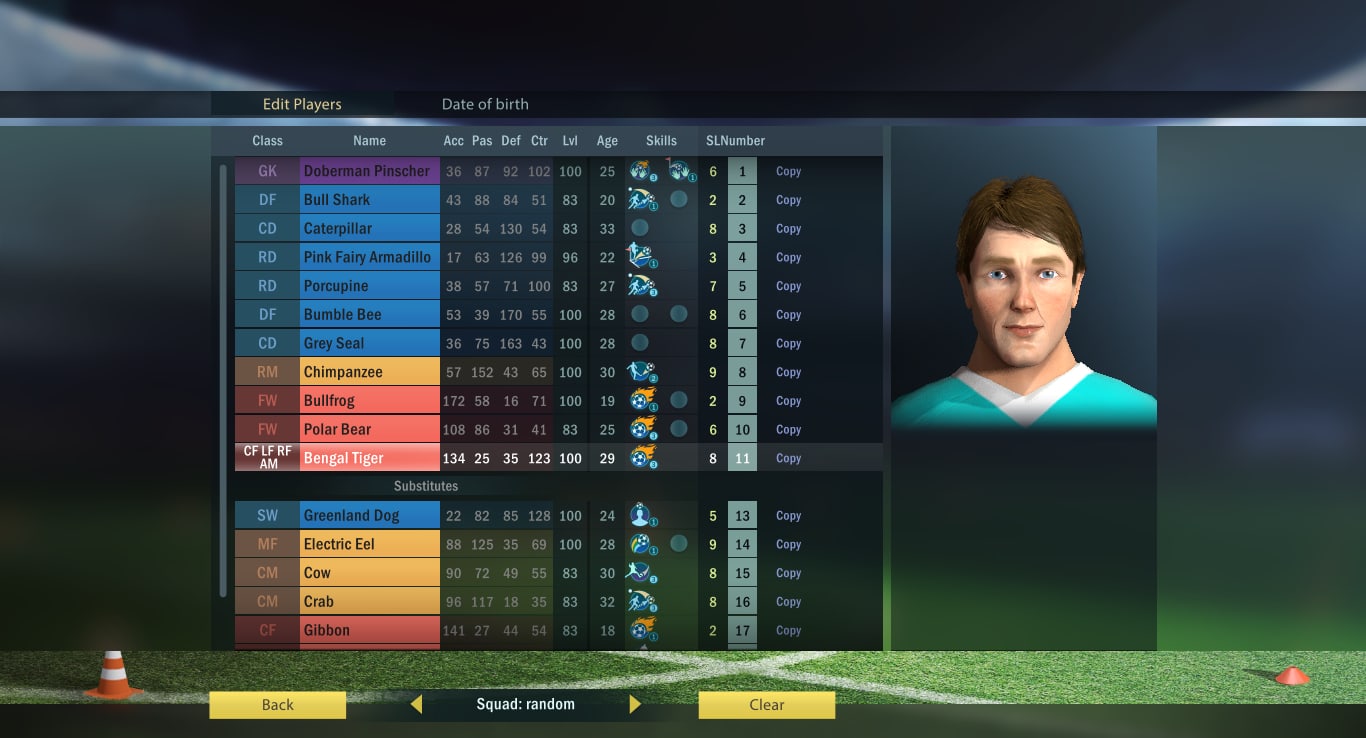 In this modification, I uploaded the text file with the animal names. Now, every new footballer will be named after an animal. 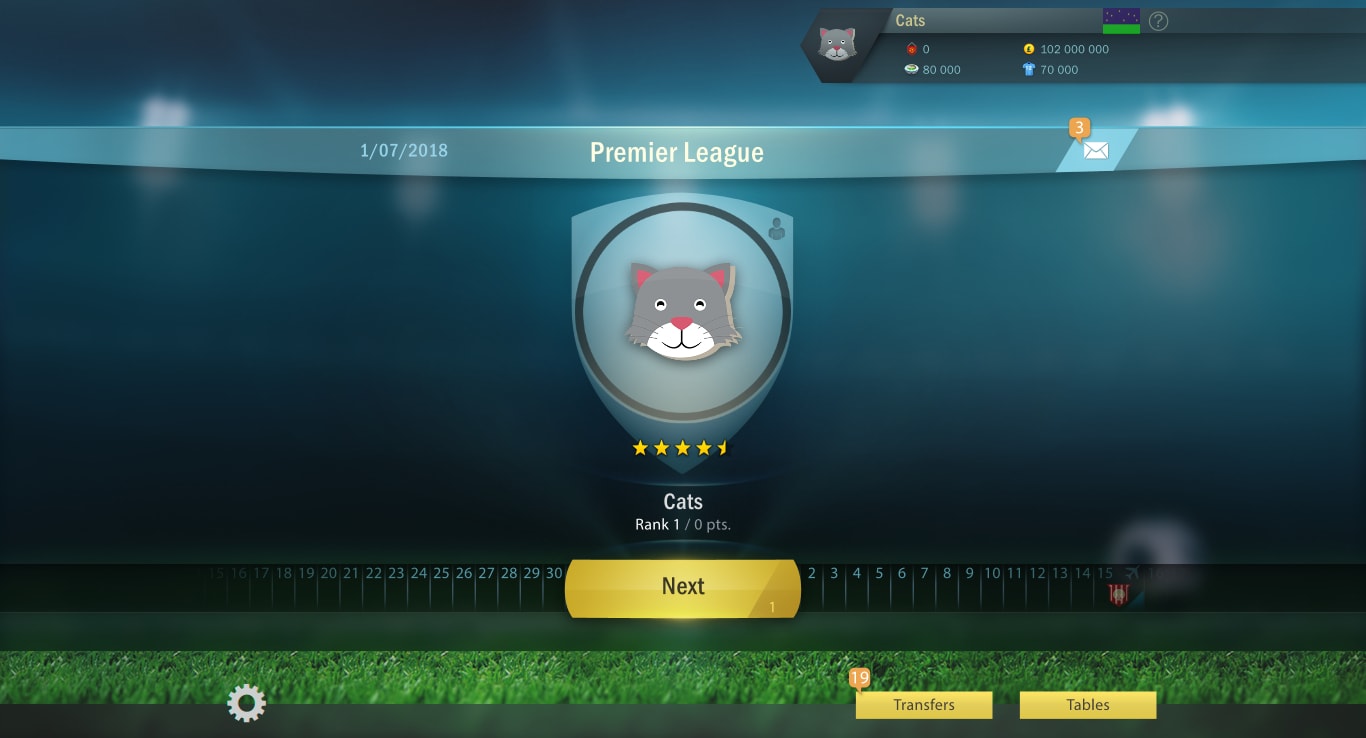 Here, you can see the flag in the top right corner. Earlier, you would see here the English flag. 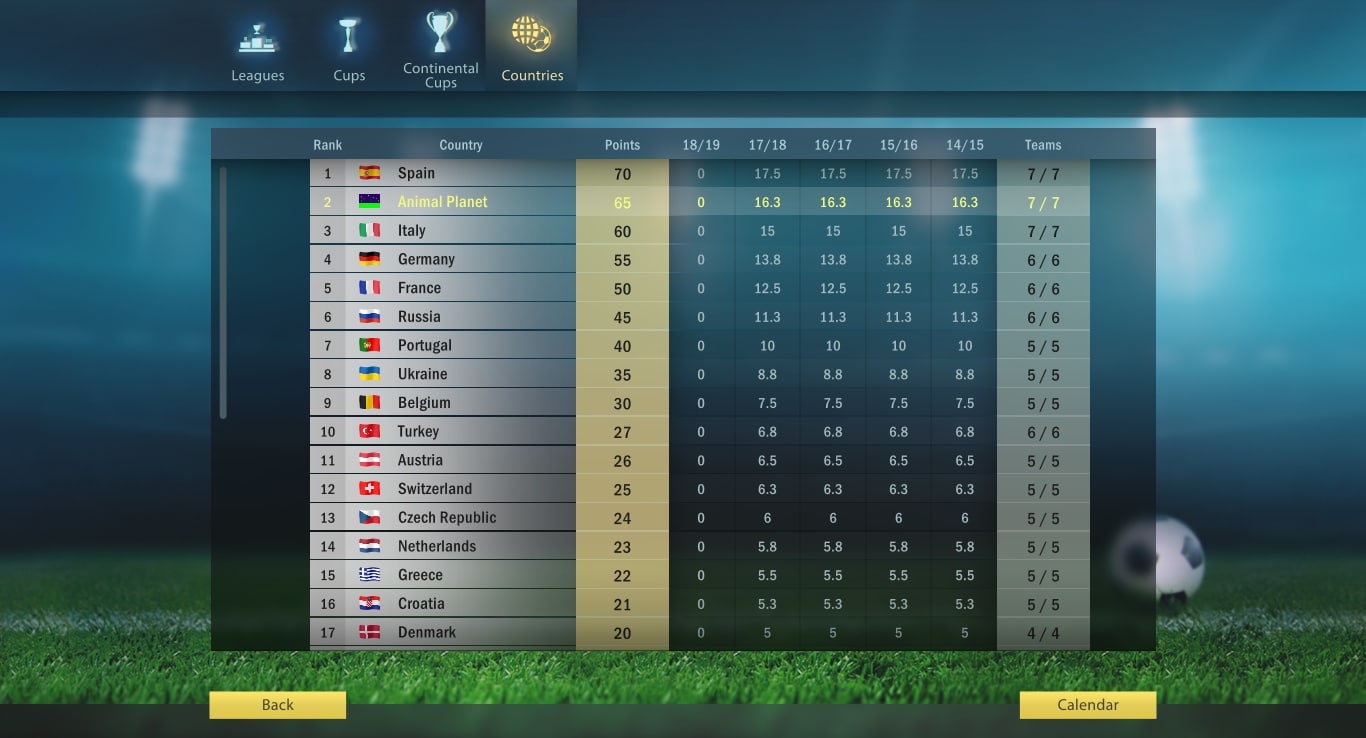 Here, you can see how your country looks among other countries (imagine if you combine different fictional mods for every country – how cool would it be):

Even if you don’t want to create anything fictional, you can improve the list of the surnames for the countries which you think lack of the different names.

In a few weeks, we are going to open the access to the beta version. So you will be able to create some new modifications or update your old ones.

The launch of the Autumn Update is planned to the end of October.