What to expect from the next add-on (Part 3) 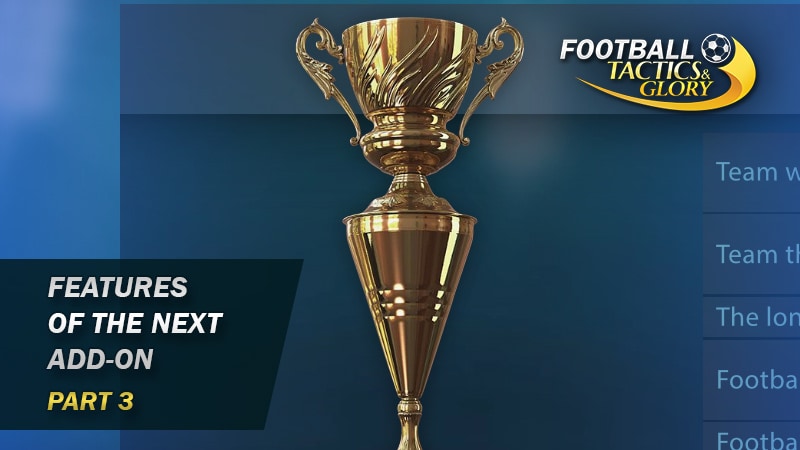 As I told earlier, now we store the history of all matches separated by tournaments and seasons.

But besides the dry numbers, it’s also interesting to learn about the most interesting matches, the most unusual achievements, the most special players in the history of the tournaments.

For example, you might be interested to know which youngest player scored a goal in the European Cup final. Or, for example, which club scored the most goals in a season. 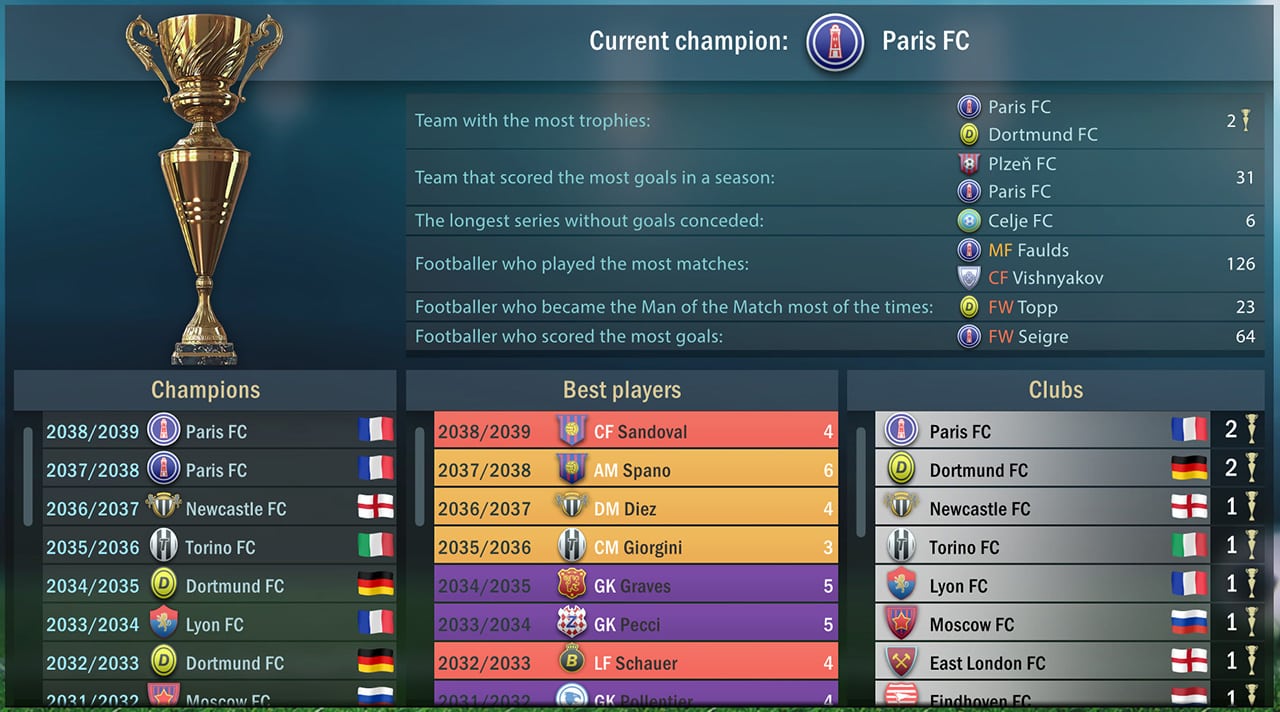 To do this, we made several screens, on each of which we show analytics both for the current season and for the entire history of the tournament.

For screenshots, I simulated 20 seasons. The screenshots show the analytics of the European Cup. Just imagine how cool it will look with modifications 😉 I already played the add-on with the modifications, and it makes the game much more immersive.

Analytics that shows clubs with the most interesting achievements. 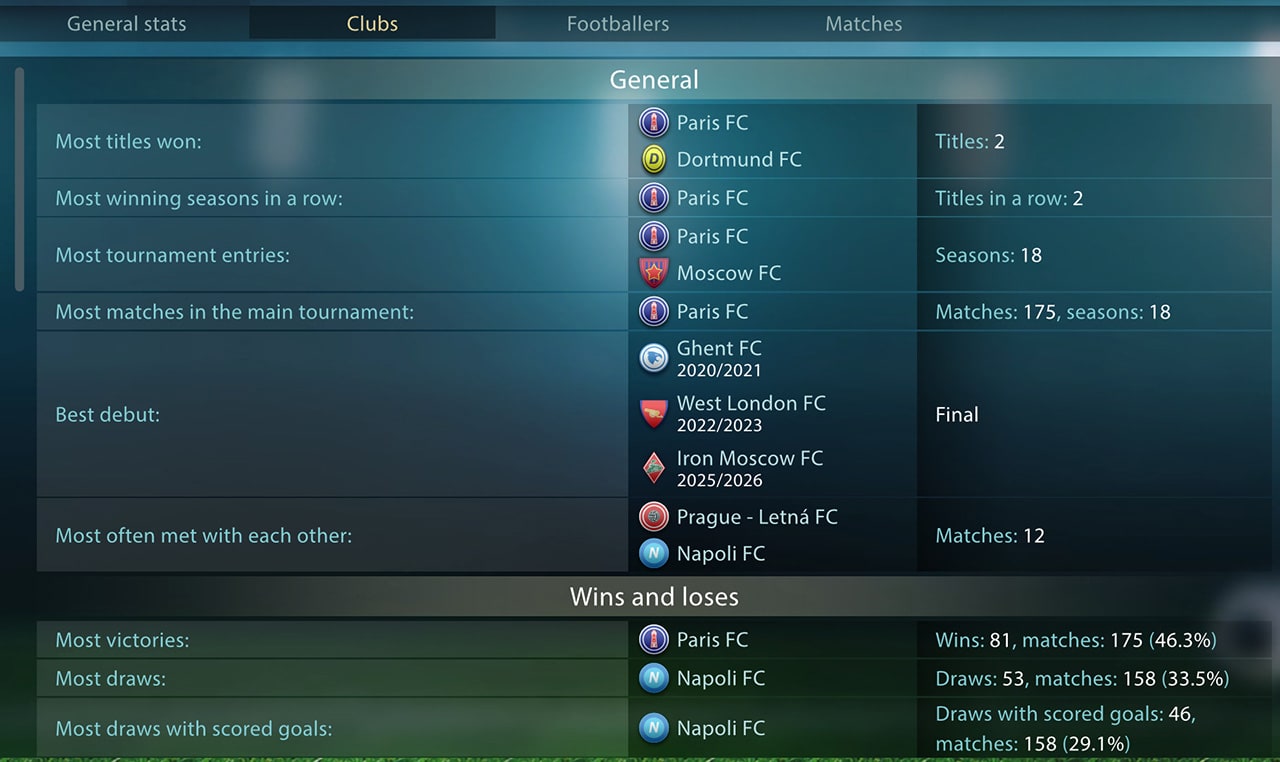 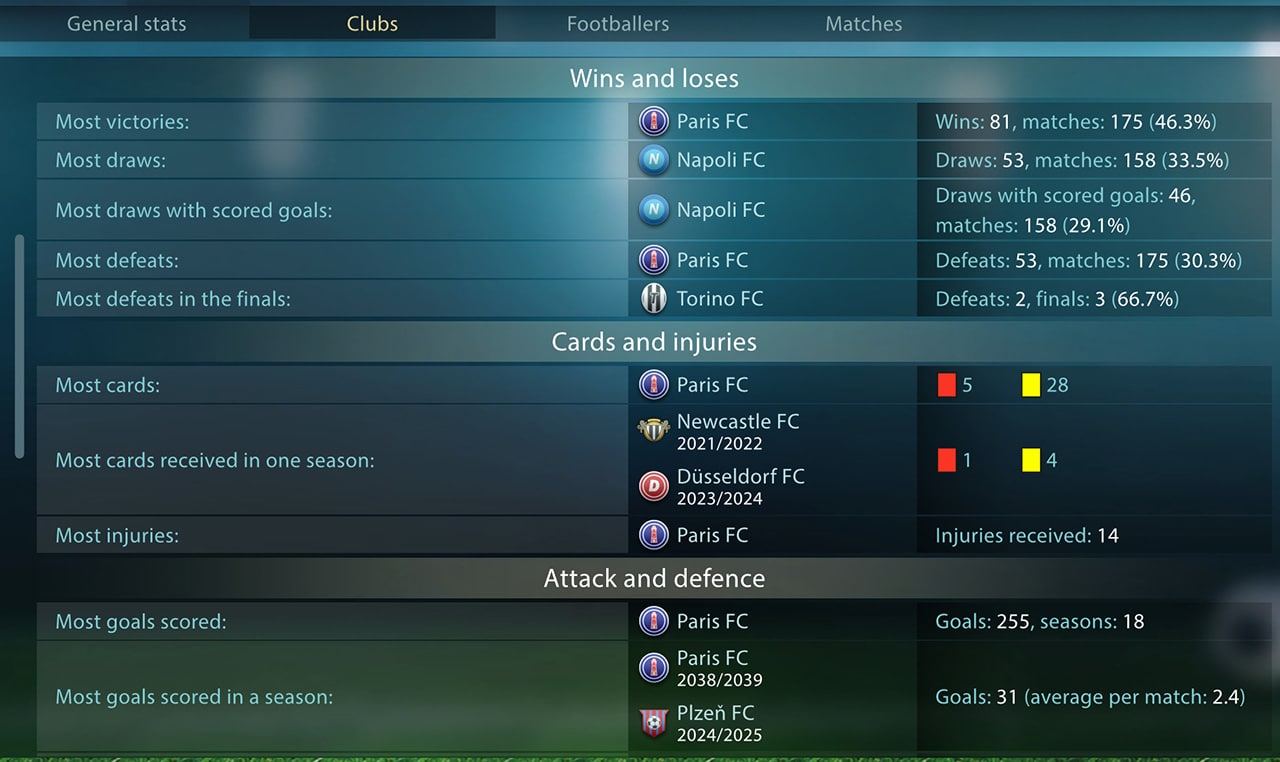 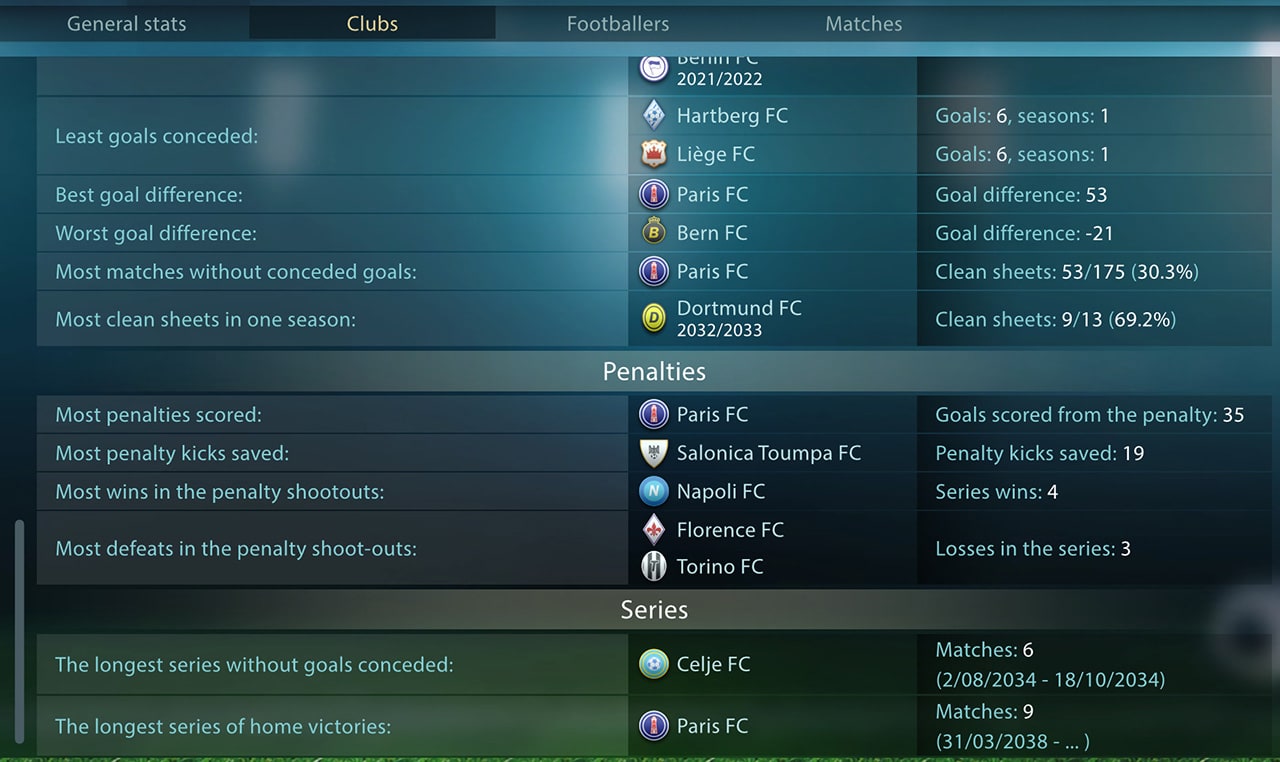 Here we show the footballers with some interesting records. If your player once set an unusual record, you will see him on this screen until someone else beats his record. 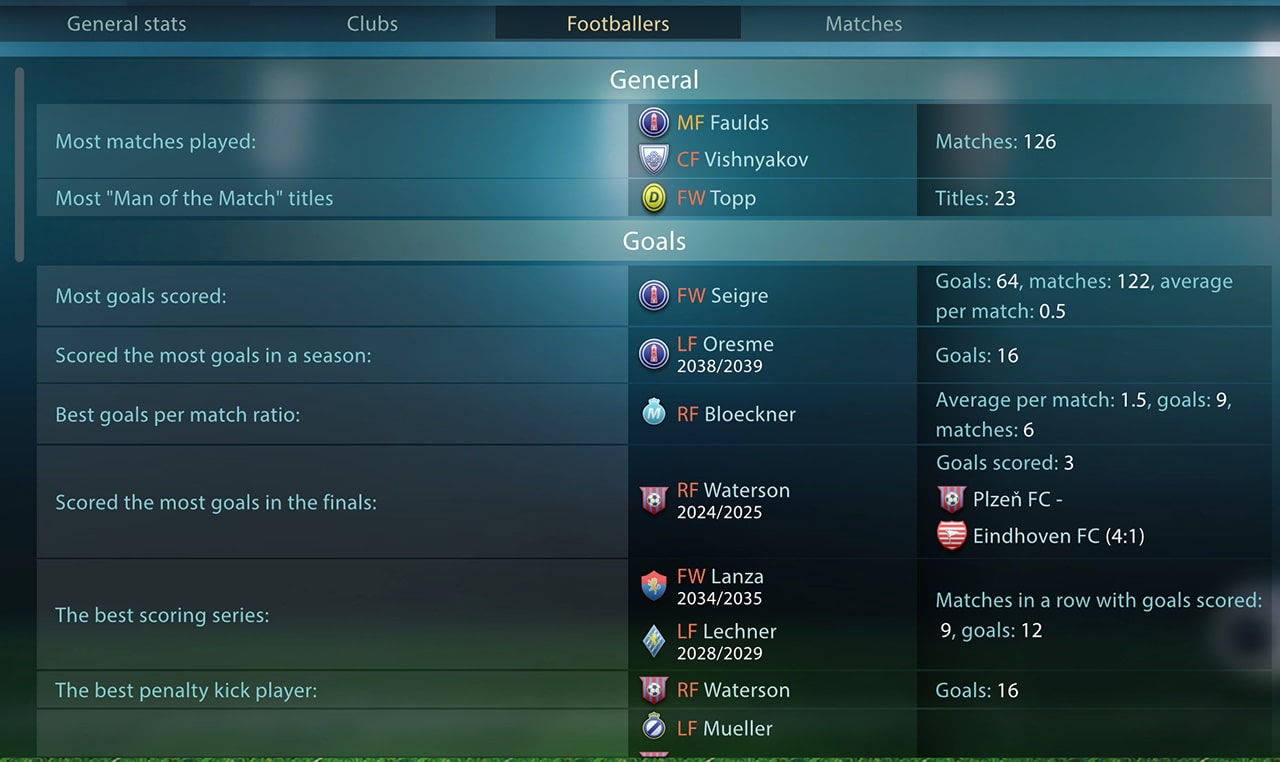 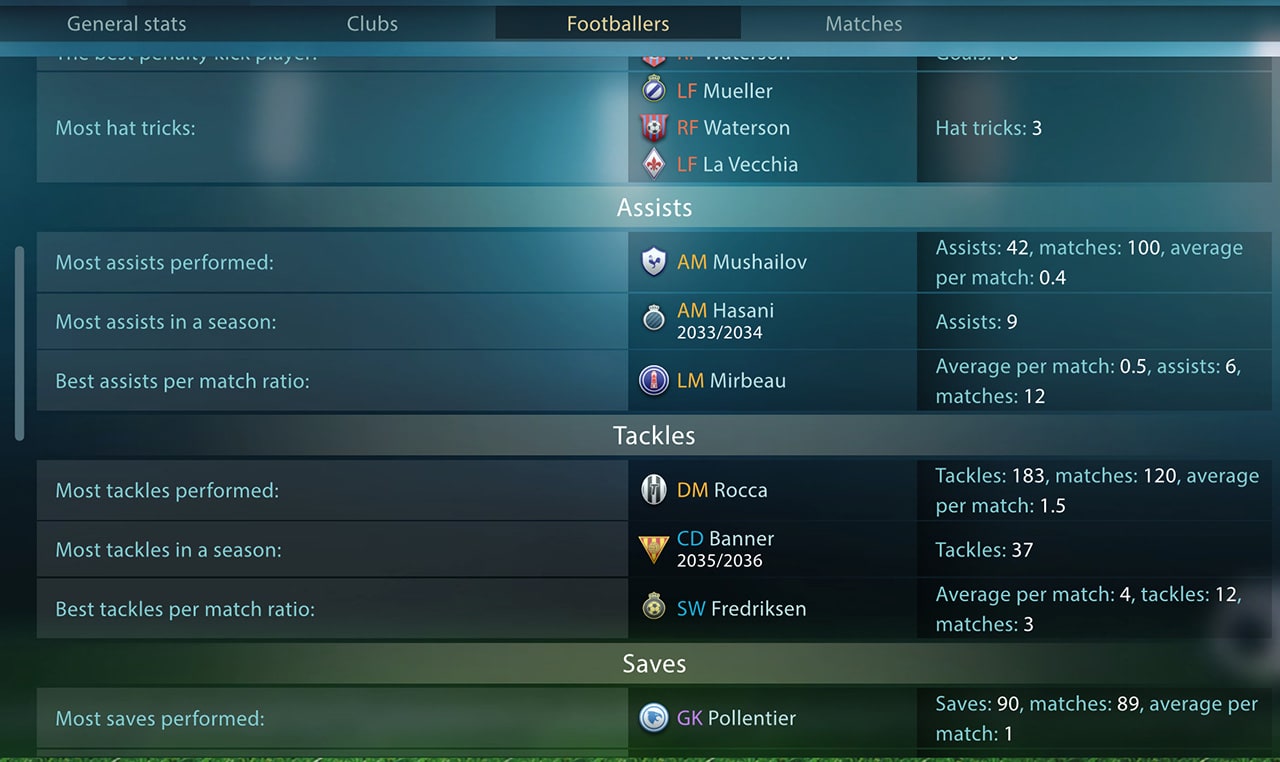 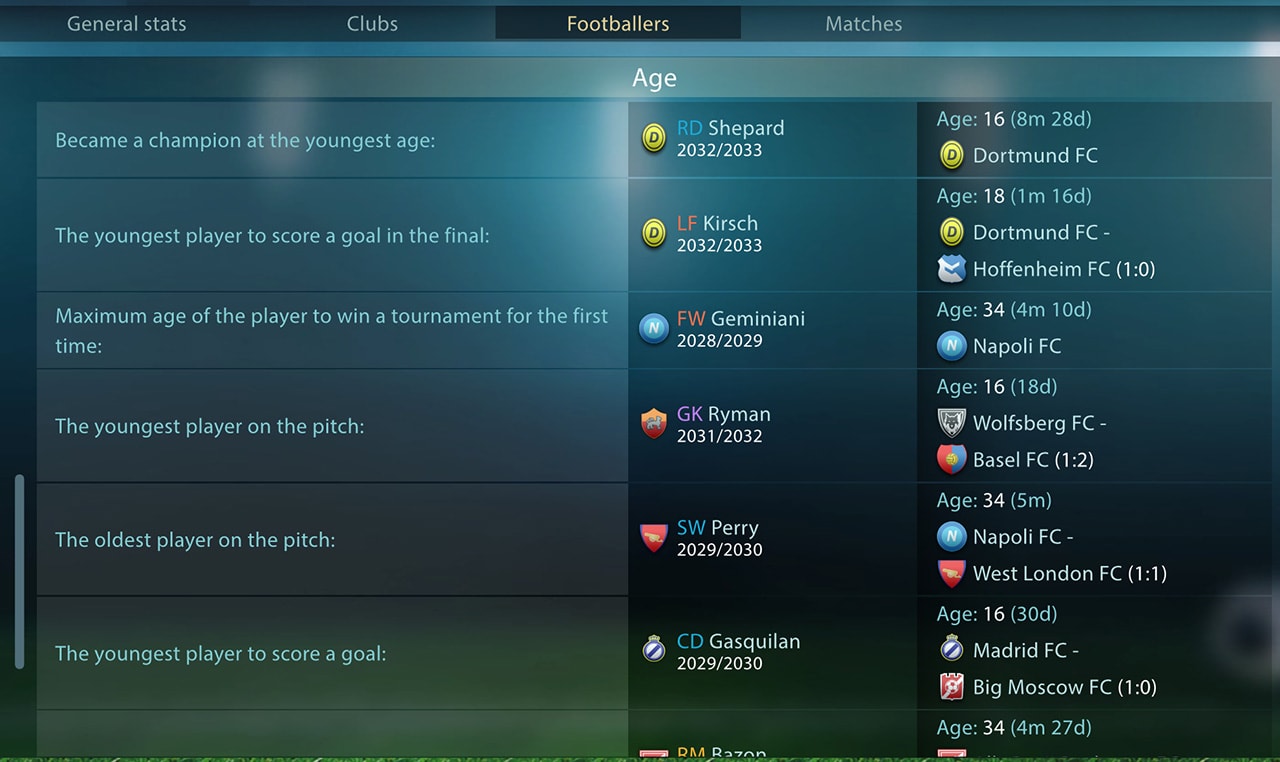 Most matches are unremarkable. But some matches are special. For example, an underdog defeated a much stronger team. Or the team made an unexpected comeback in the European Cup, losing the first match 3-0. On this screen you will learn about such matches. 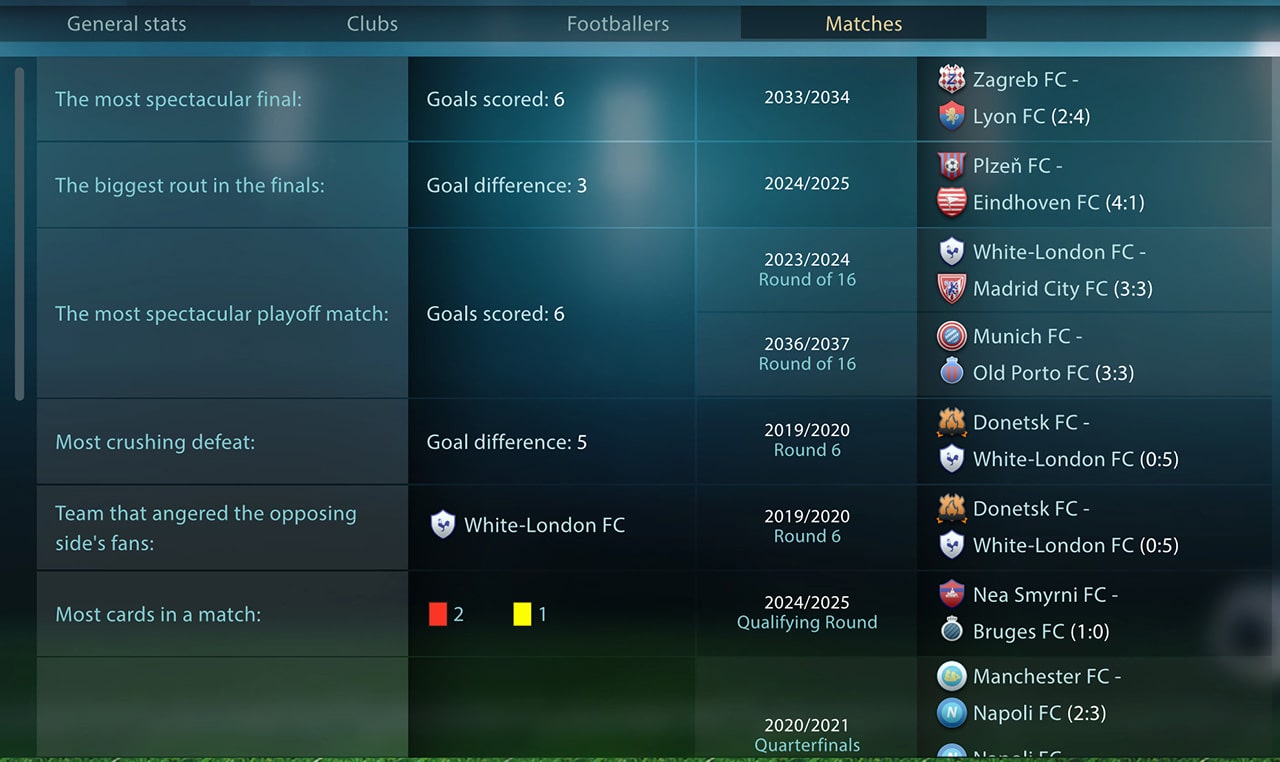 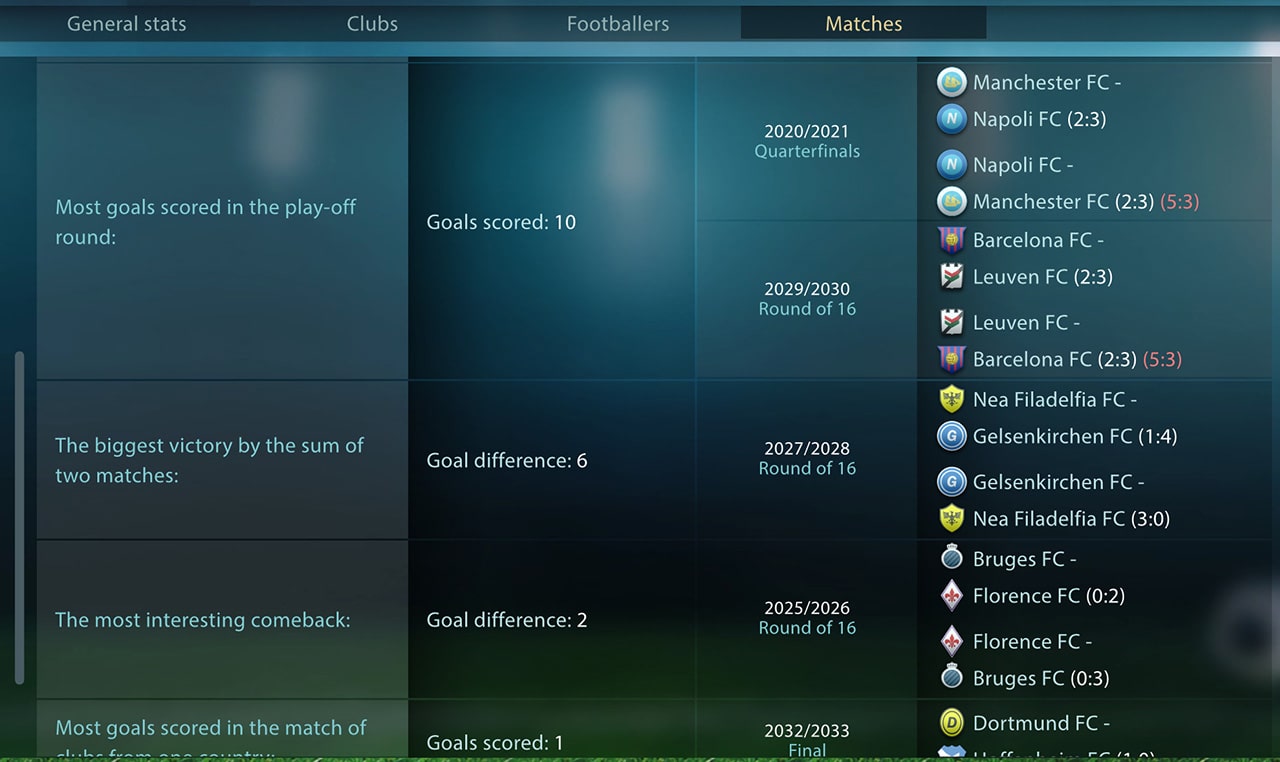 Since we collect a huge amount of statistics anyway, we decided to create a separate screen that displays information about the most common indicators such as the number of home victories or the number of goals scored on the road in the tournaments. 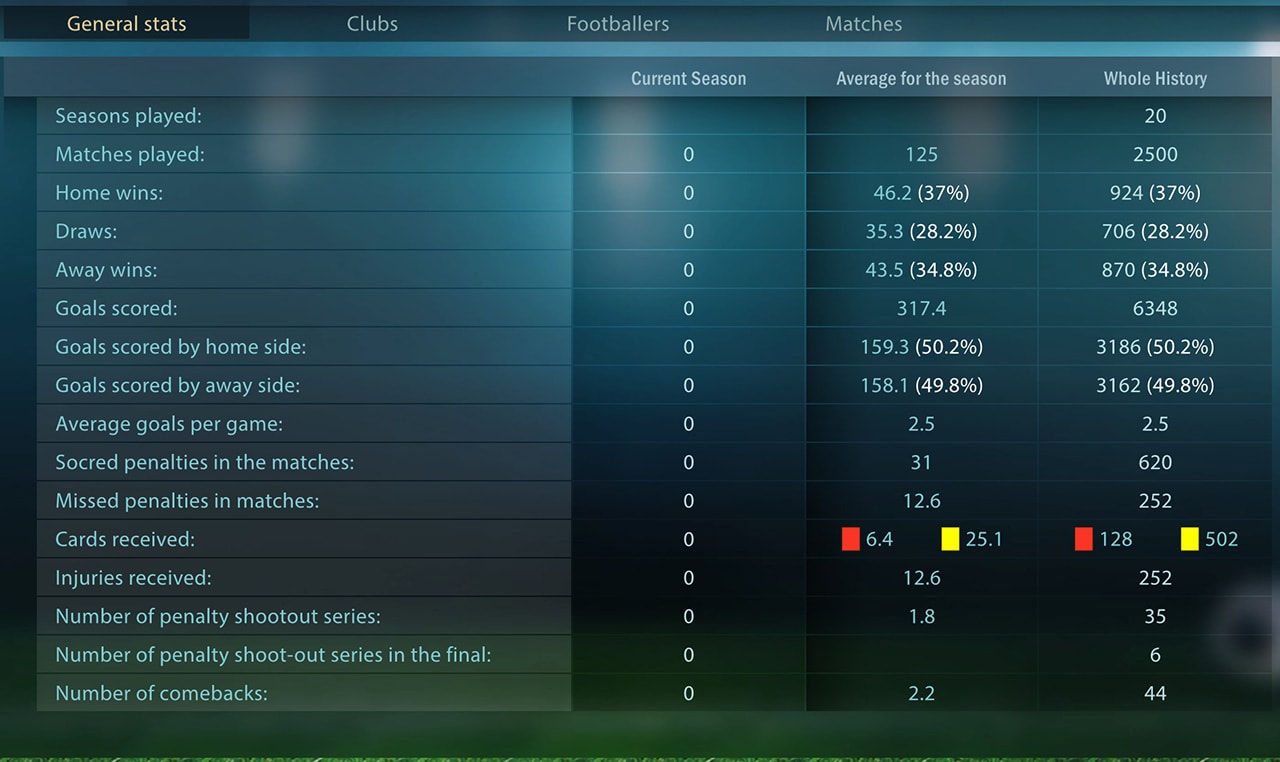 If you have an idea for some historical analytics, which could be shown on the screen and which you did not see in the screenshots, I would be glad to hear about it. If possible, we will try to implement the best ideas.

Also, if you can propose better English terms for the stats we show on the screenshots, it would be great as well.