What to expect from the next add-on (Part 4) 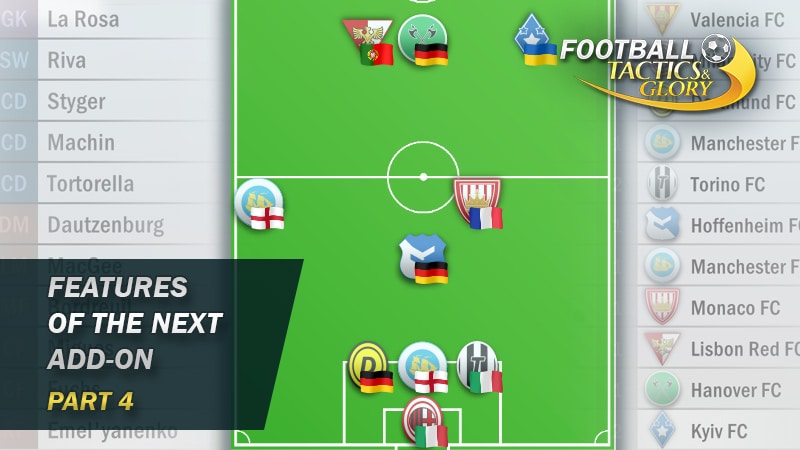 In addition to implementing statistics, we are also working on the introduction of several features that will allow you to better feel the game world. Today I will talk about two such new features: Man of the match and Team of the round.

Man of the match

Earlier, the best player in a match was determined only in the match in which your team participated. And even then, regardless of whether the team won or lost, each team had its own best player.

Now the game determines only one best player in each match. The game evaluates all the actions of a footballer in a match. As a result, in each match, only one footballer will be the Man of the match.

If your player has become the Man of the match, he will earn additional experience. In the screenshot, this player is marked with a crown icon. Look at the hint above: it shows how much XP points the player earned for becoming the MoM. 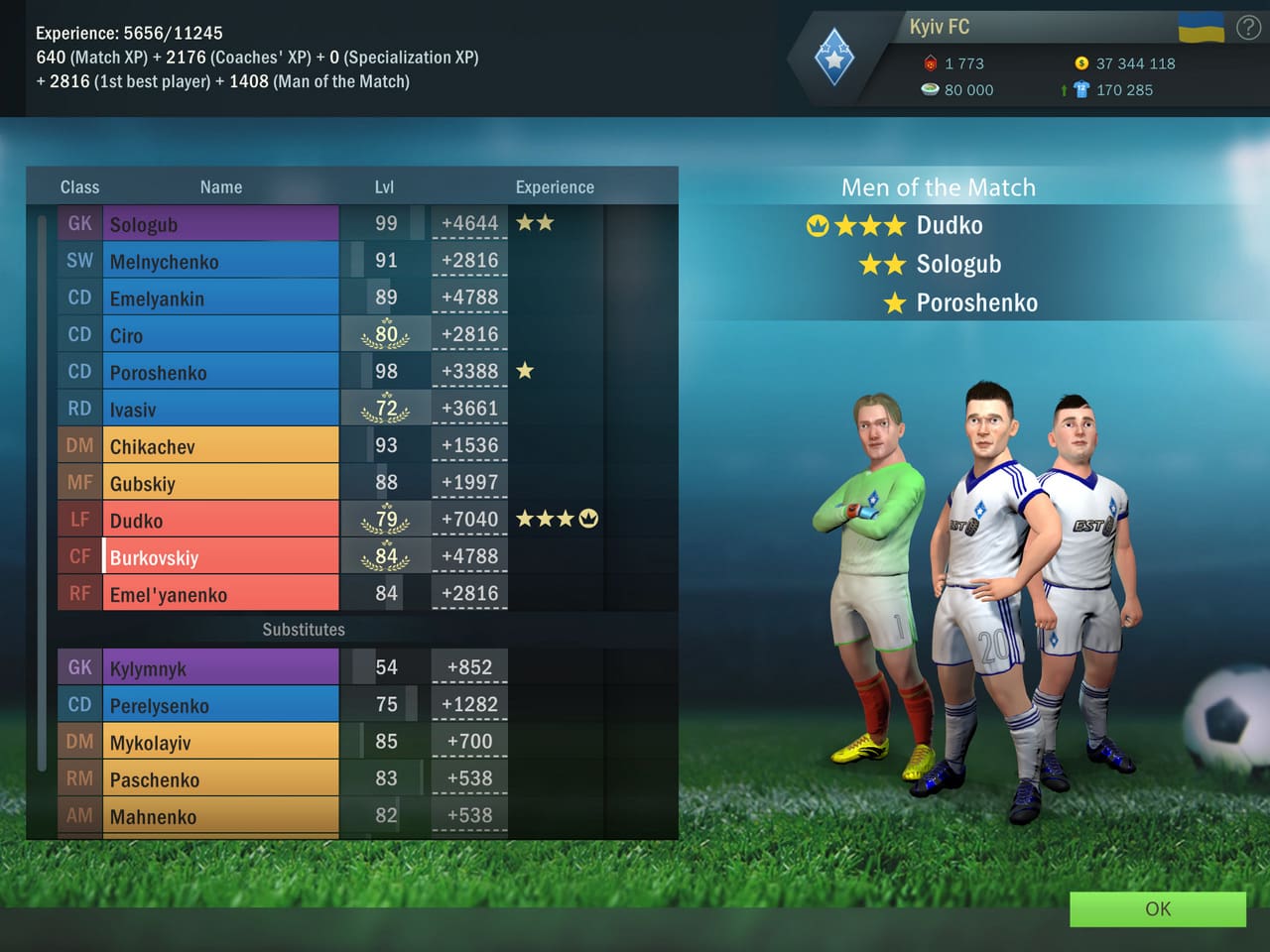 Alongside the top-10 tables (best scorers, best assistants etc) there will be a table which shows the best players. At the end of the season, your footballers, who got to the top 3 best players list, will bring additional Glory. 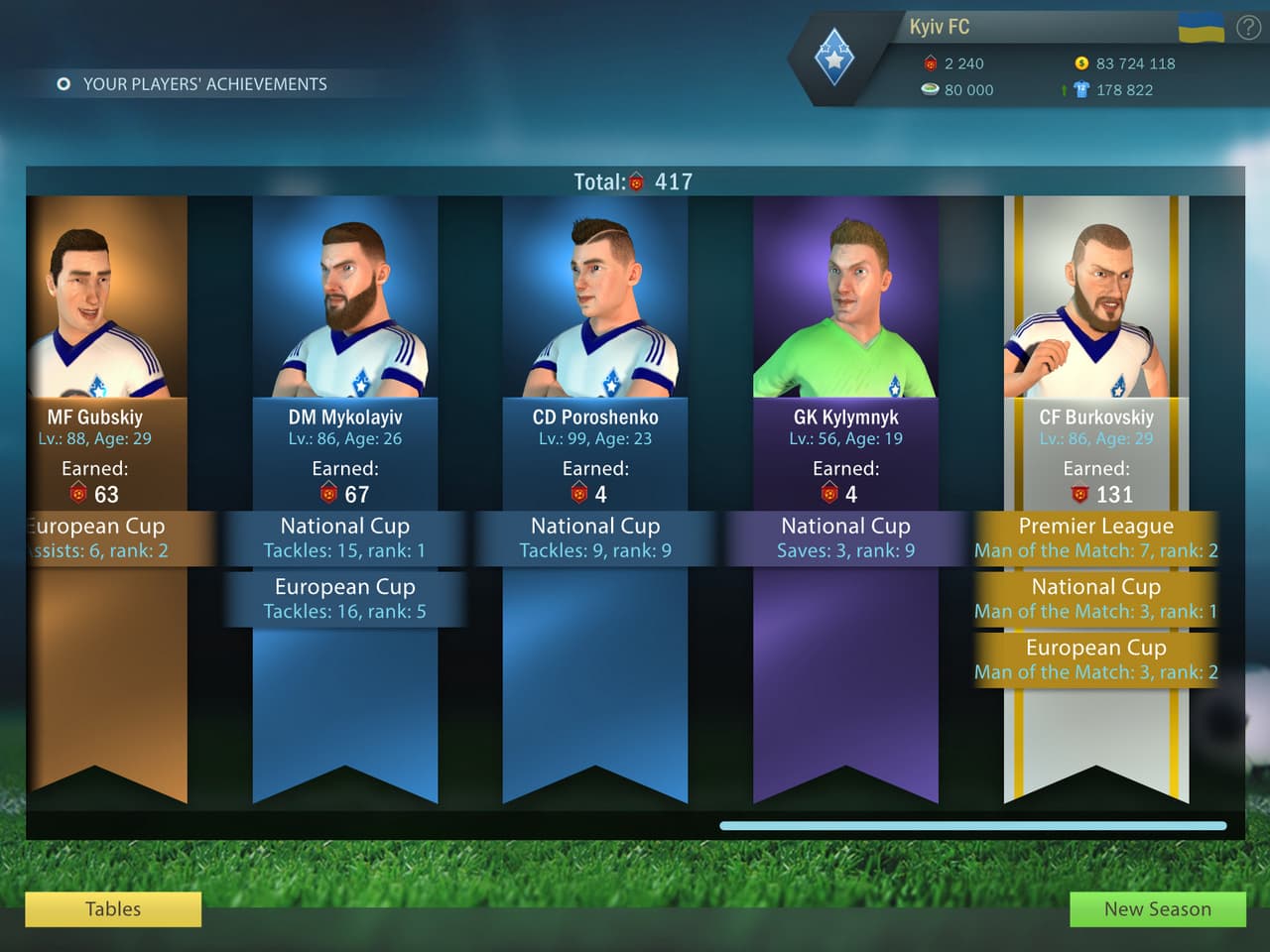 The team of the round

After each match, the game will comprise a team of those players who played best in the previous round. Such a team will be composed for all tournaments. 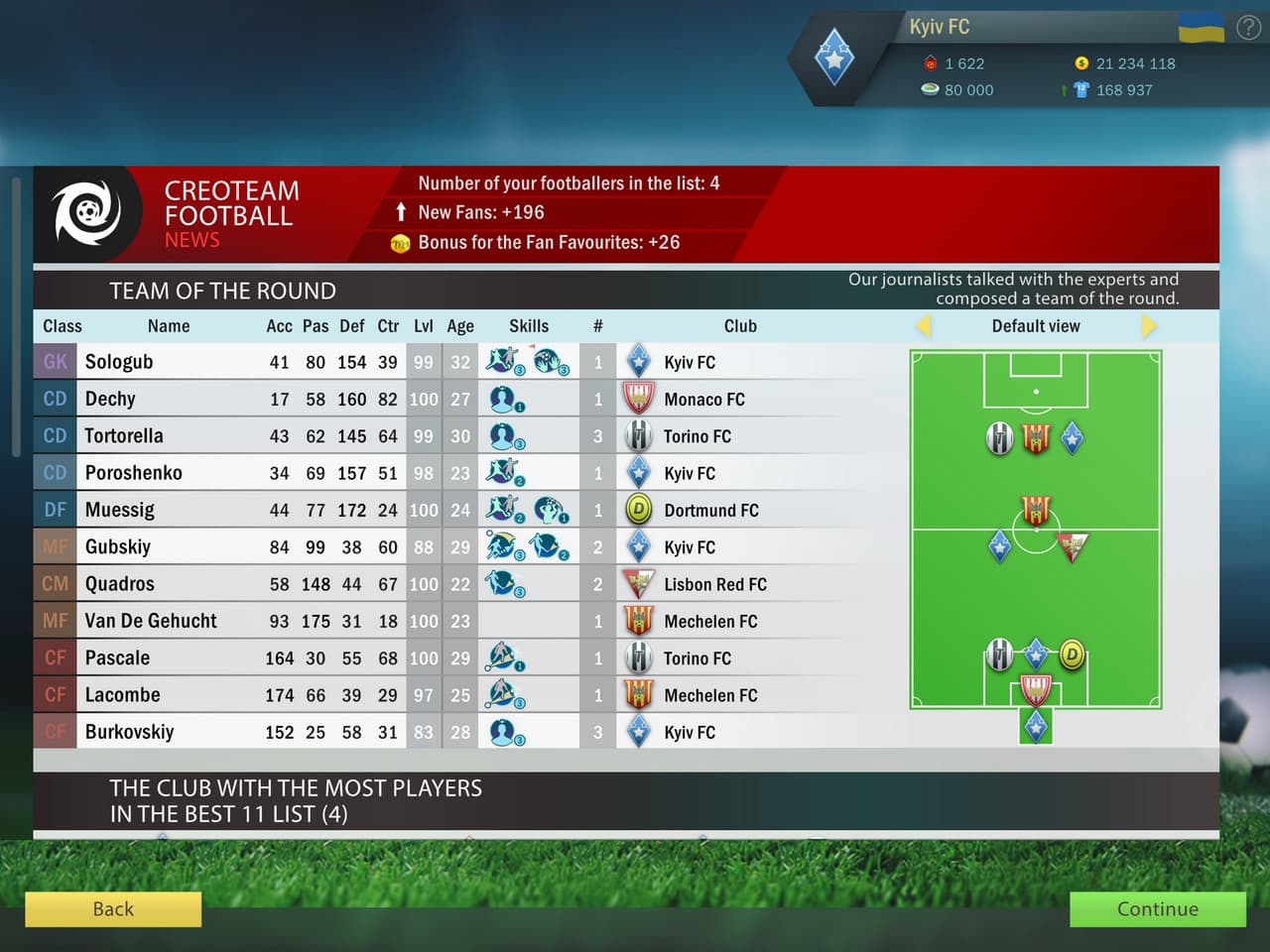 If the footballers of your team got into the team of the round, then the number of your fans will increase.

If it is your club that becomes the source of most players in the best team of the round, then you will earn bonus Glory points.

Moreover, we also show what the selected players did in the match so the journalists decided to select them to the top-11. 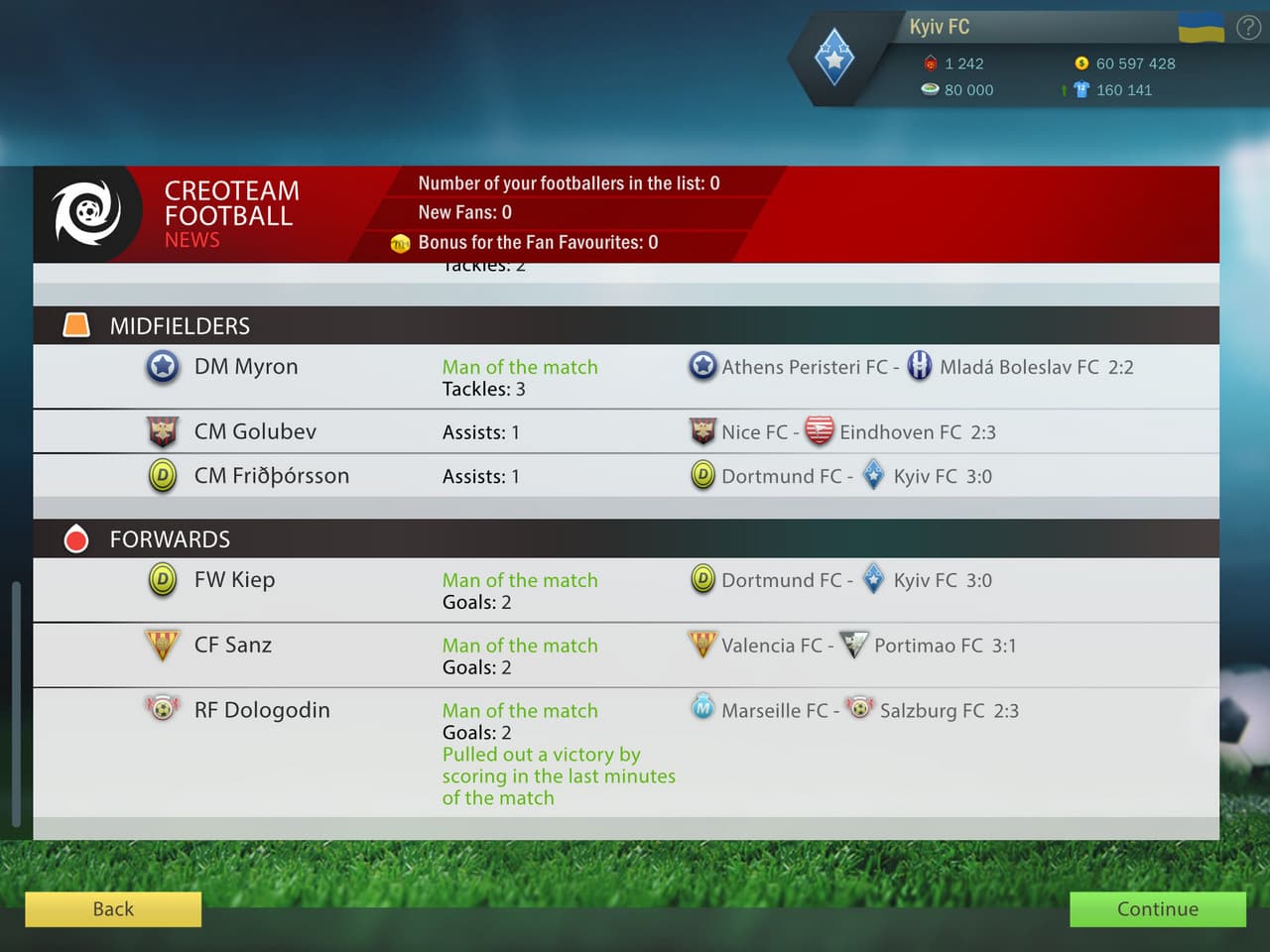 To make the list even more interesting, we decided to track and show some special important factors:

At the end of a season, you will be able to see the team of the season for every tournament separately. If your players get to any of these teams, your team will earn fans and Glory.

Both of these mechanics do not affect the gameplay significantly. Rather they make the game world more lively and interesting. If I remember correctly, no one asked us for them in the forums. I wonder if there are those among you who wished about having such features to appear in the game 😉