Features of the next major expansion (Part 11) 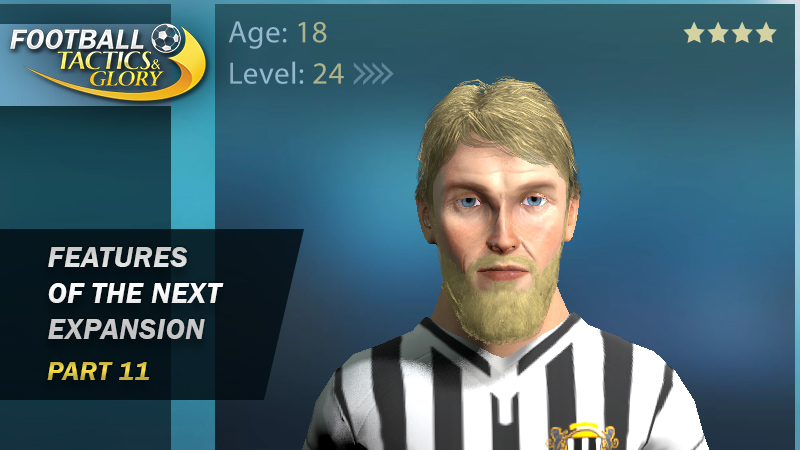 This is part of a series of articles that talk about many new features which will appear in the next major expansion. You can find past articles in our blog.

Earlier I have written that we changed our plans. Instead of changing club mechanics, we decided to add Giftedness to the game. Many of you asked how will it work. Therefore, I decided to explain it.

On the screenshot – the top Premier league team (Liverpool FC): 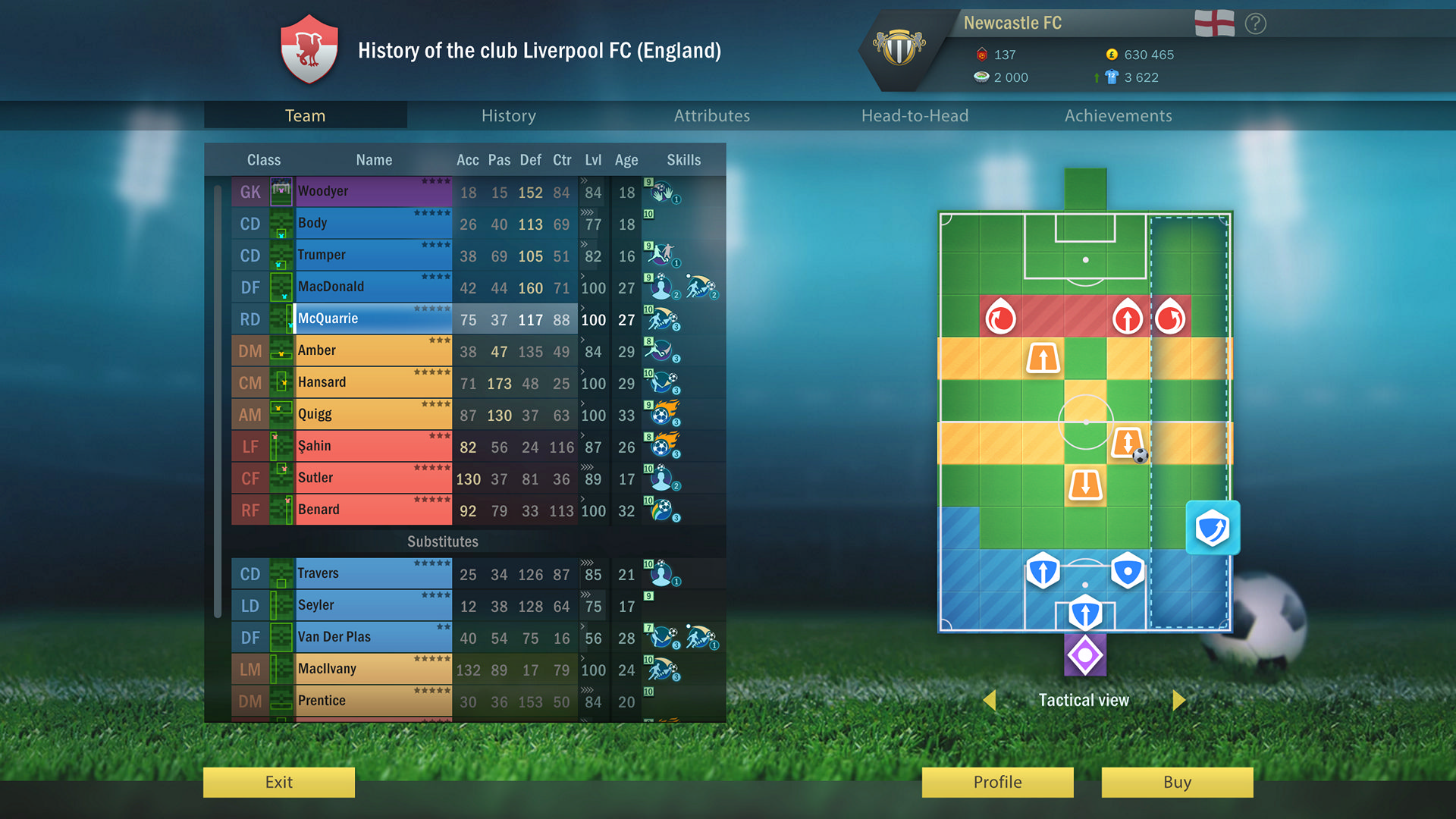 Here are examples of some Giftedness levels so you better understand how the system works in general:

You can see these arrows in the previous screenshot. But we also show them in the footballer’s profile: 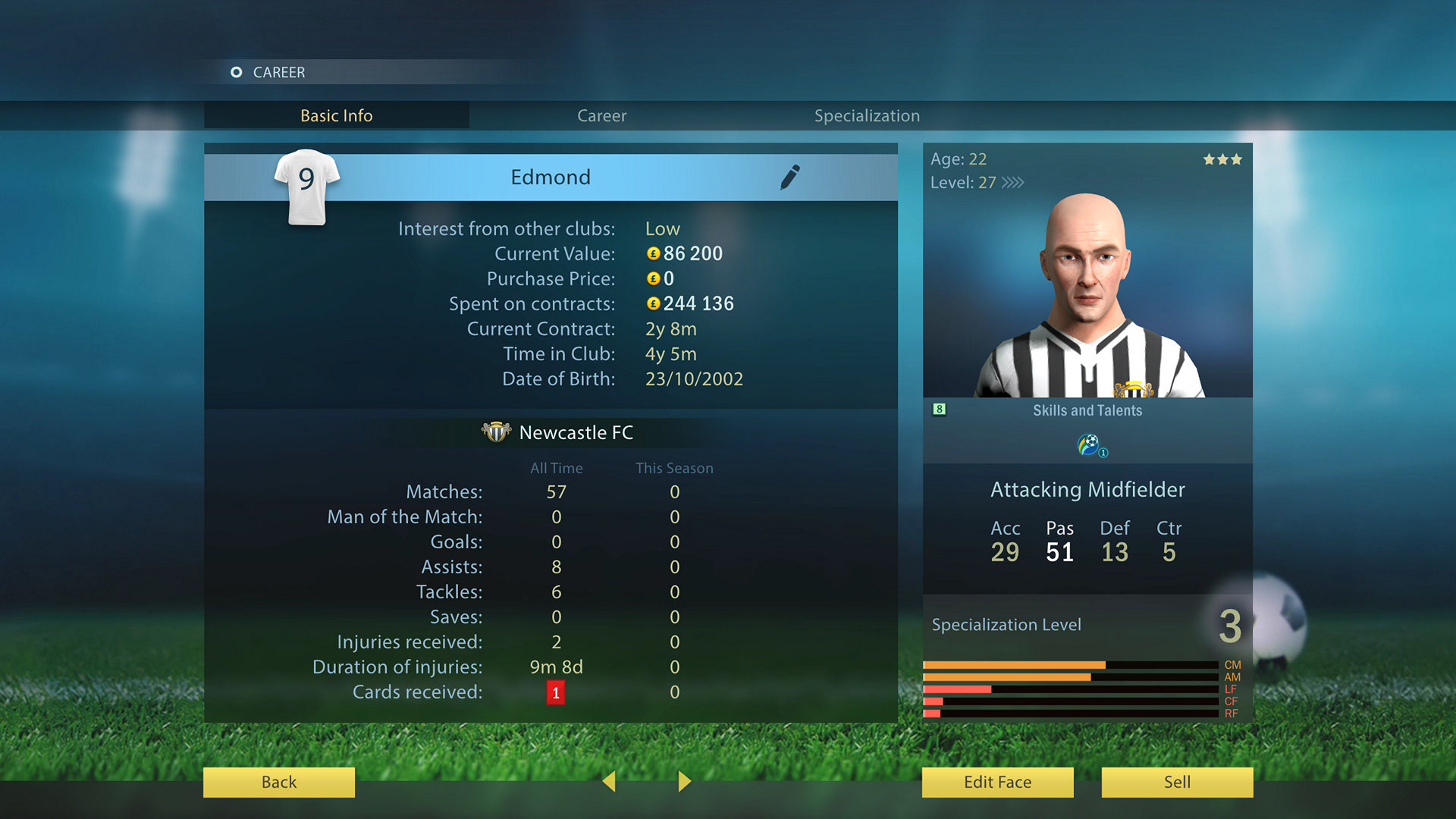 How will this mechanic affect the development of your club?

Now, on transfers, you will pay attention not only to the age, level, skills and attributes but also to the Giftedness of the footballer. For example, you can see a footballer which might be perfect for you at this right moment. He’s a great 28-year-old centre back with a heading talent and a 30th level. But he has zero Giftedness, and you know that this defender will no longer develop.

But there is also an amateur defender with Giftedness of 3 and level 10. Yes, he still needs to be trained, you should allow him to play in matches, he should learn the talent or skill. But in the end, he can become much stronger and bring more value to your club.

Or he may not, as he will grow very quickly, understand his talent and will ask for a much larger salary than you are willing to pay.

Giftedness adds a new layer to the situations that can happen to you on your way to building your club.

The youth school adds additional depth. The higher its level, the more chances that a football player will be more gifted. Imagine your joy when youth with Giftedness 4 appears on your team (where the majority has the Giftedness of 1-2).

Here is a screenshot of my team in which this situation occurred: 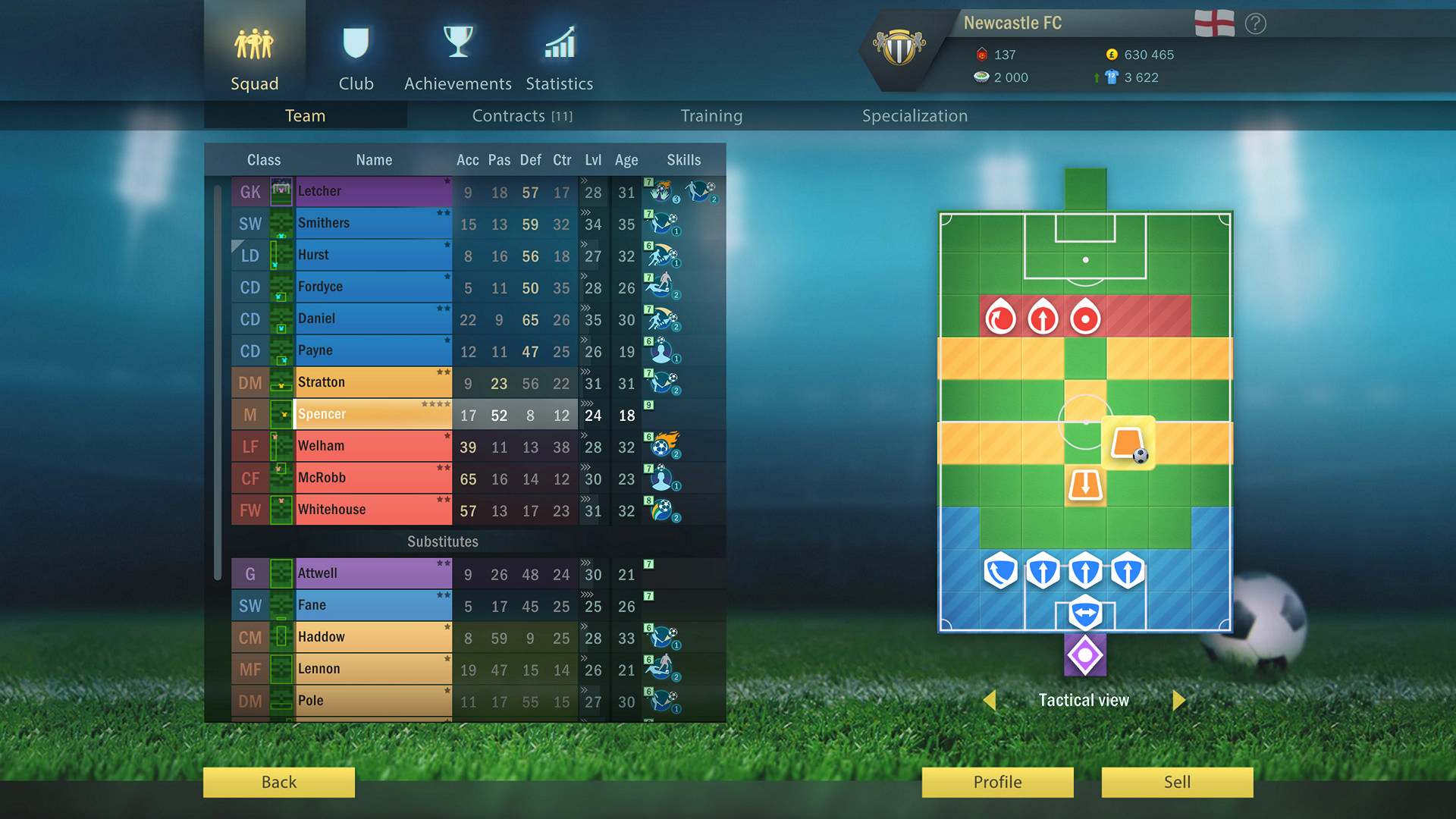 The young Spencer graduated from the academy in this season. However, the chance that there will be a player with Giftedness 4 was only 1.5%.

Earlier, the skills worked as follows:

Now, the skills will work in a more interesting way: 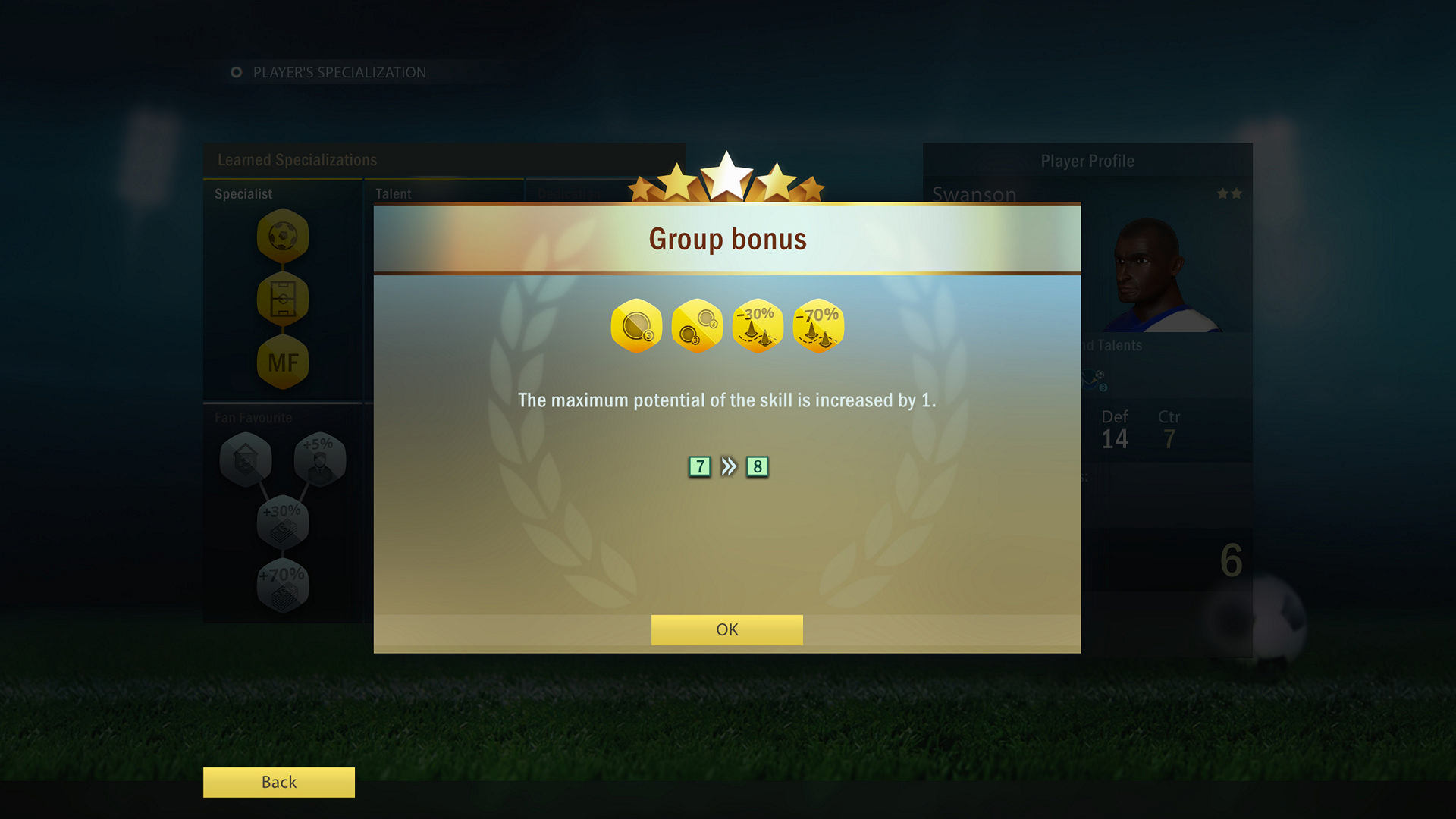 How will it affect the game?

Now, the skills of the first level will not be almost useless (they were too risky). If you use the Long Pass with a Giftedness 1 footballer against a footballer with Giftedness 0, then 6 versus 5 will be compared.

If you managed to exhaust the opponent (his energy dropped), then the values might be ​​6 against 4. This is also true for your footballers, who get tired and their potential decreases.

After the internal tests, we see that the dynamics and excitement of matches in the lower leagues have increased significantly. 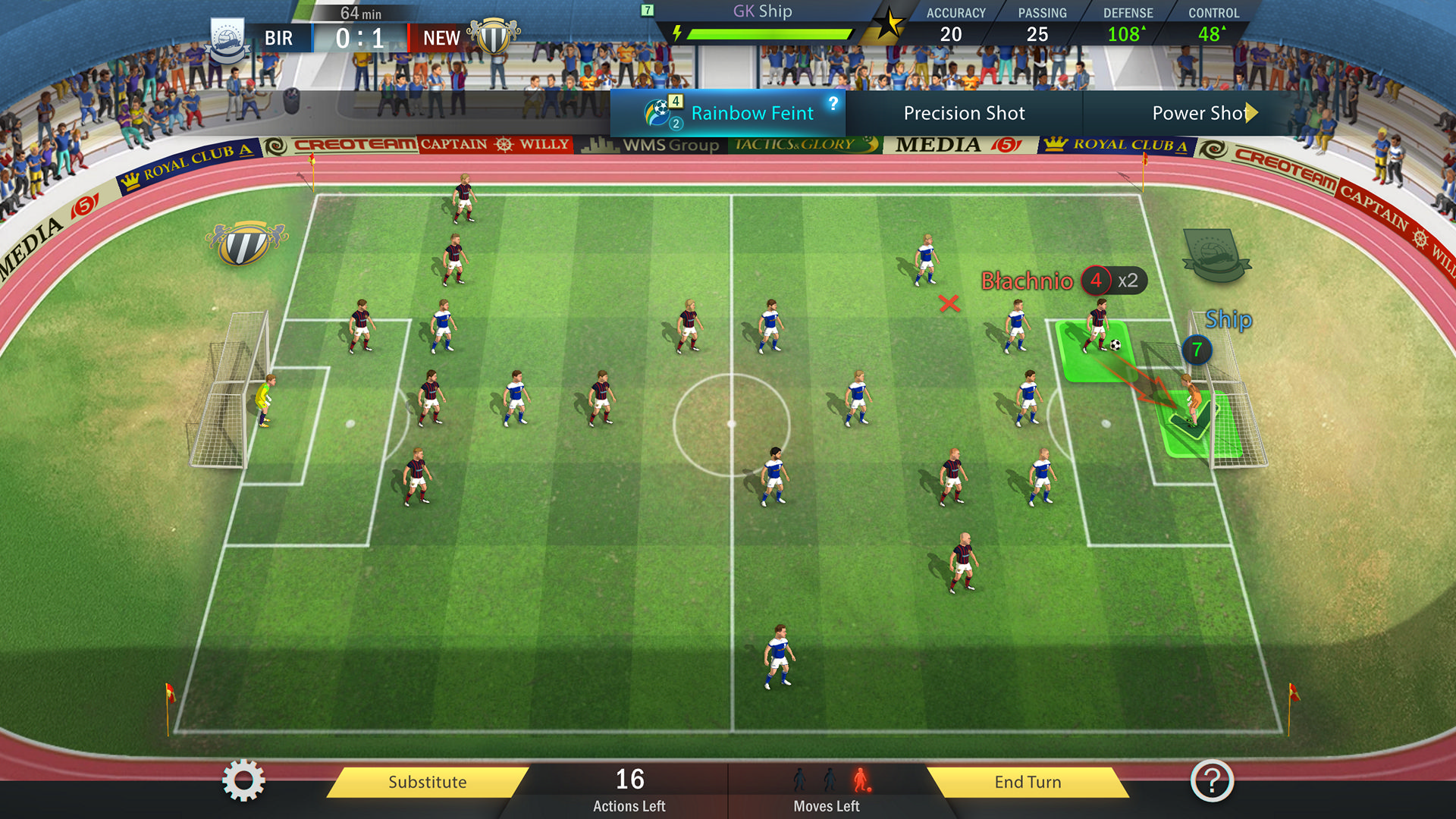 Also, the strength ratio between weaker and stronger clubs will become more realistic. Previously, a weak footballer with a level 3 Cannon Shot could strike fear into an entire continent. Now, if he has a low Giftedness, then a goalkeeper with a high Giftedness will be able to better resist him.

How Giftedness will affect the balance of the countries

Countries used to differ in how good the youth schools were in the country’s teams. In England, for example, youth schools produced high-level footballers, while in the Faroe Islands – low-level ones.

But this was not enough for teams from different countries to really differ in their strength.

Now, the lower the country in the ranking is, the fewer chances there are that gifted players will appear there. And since clubs in stronger countries are stronger financially, they will try to find and buy rare gifted players from weaker countries. In this way, we can better show the dynamics of the football world.

We’ve been testing new mechanics for a long time and we really love it.

First, matches have become more exciting and dynamic. Secondly, the development of the club is now perceived in a new way.

It may feel like you are playing FTG2 as you have to re-learn how things work together, how to make decisions, how to develop players, etc. The game has become deeper.

Therefore, we are confident that you will enjoy the extension.

Do you have any questions or comments?

If something in the description is not clear, if you liked (or did not like) something especially about the mechanics, write in the comments. We would like to know what you think of this mechanic.

I want to recall you that you can already add Football, Tactics & Glory: Football Stars to your Wishlist (this way you won’t miss the moment of its launch (which is planned on the middle of November).