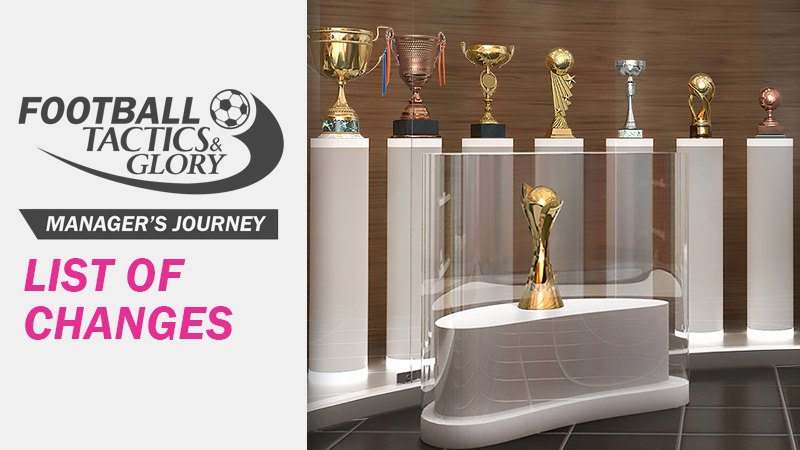 The expansion Manager’s Journey for Football, Tactics & Glory will be available on November 11. In this post, I will write about all its changes, improvements and new mechanics.

POSSIBILITY TO MOVE TO OTHER CLUBS

We have added a whole layer of new mechanics to help you write your own story as a manager. Clubs from different countries will send you job offers and give you objectives depending on their ambitions and positions in tournaments, while you earn reputation for completing tasks and the club management reacts to your successes. You will look at the game from a completely different angle and every new campaign will create a unique story just for you.

This is another big set of mechanics to give you a sense of how your coaching experience grows.

The coach abilities can be improved, which will either enhance the effect of the ability or increase the number of uses of the ability in the season.

The abilities can be divided into the following groups (each group has several different abilities):

NEW COUNTRIES AND SIMULATION OF THE WHOLE WORLD

AWAY GOAL RULE AND DECIDING A WINNER IN LEAGUES

REFINING THE START OF THE CAMPAIGN